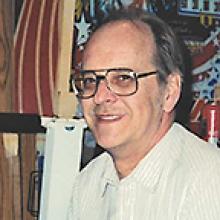 
With great sadness we announce the passing of son, brother and uncle Alexander (Alex) Adrianus Zwygers Jr. on Monday, January 3, 2022.
Alex Jr. was predeceased by his father Alexander Sr. and mother Adriana. He leaves to cherish his memory, his brother John, sister-in-law Angie, his niece Amanda and great-nephew Nick, along with relatives from Holland and many special friends.
Alex was born in Alberta. His parents moved to Winnipeg when he was five, where he lived the rest of his life. Alex grew up in East Kildonan. He went to Salisbury School, Morse Place Junior High and graduated from Miles Mac. Alex had numerous jobs as a salesman; he retired from Duxton, and continued his passion of his business "pack rat" hobbies and collectables.
Special thank you to the doctors and nurses from St. Boniface Hospital ward 6E and to Riverview Health Centre ward 3E.
A private family interment has taken place.