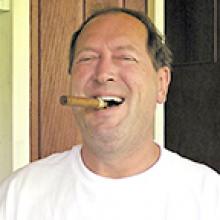 
Richard Victor Unger was born June 8, 1957 and passed away on January 5, 2022, at the age of 64.
Rich grew up in the west end of Winnipeg and attended Isaac Brock and then Daniel McIntyre Collegiate. After high school, Rich decided to become a sheet metal worker and quickly made his way through the apprenticeship process and then became a journeyman. He then worked for several companies including Canadian Rogers, Diamond Metal and Basar Sheet Metal.
Rich wasn't satisfied with working for someone else, so he formed his own company which was Smart Manufacturing. His business flourished for many years until a chronic back issue forced him to retire.
Rich had been a member of the Masons (Kildonan Grand Lodge) and became a Master Mason. He also became a member of the Shriners and joined the vintage car unit.
Rich enjoyed travelling and visited many nations abroad including Cuba, Germany, Australia, Mexico, Ireland and one Caribbean Cruise. He frequented Cabo San Lucas the most given he had a timeshare there.
Given the Covid restrictions, Rich will be cremated and a worthy celebration of his life will be done at future date which is to be determined.