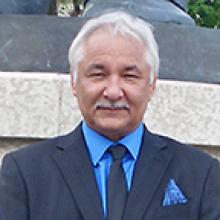 
Our family is deeply saddened to announce Doug passed away suddenly at his home in Winnipeg on January 6, 2022 at the age of 63 years.
Doug was predeceased by his parents, Royden Ian Kirkness in 1980 and Amy Ciminelli (nee Sinclair) in 2002; niece Elizabeth (Liz) Hopkins in 2006, and sister Catherine (Cathy) Kirkness in 2013.
Doug will be sadly missed by his wife Dorothy Marie; sister Brenda (Patrick); children, Karla, Matthew, Krystyn, Megan, Shane and Brenda; nine grandchildren; numerous nieces and nephews; as well as his best friend and brother-in-law Age (Adrian) Desjarlais.
Doug worked at Magellan Aerospace at the time of his passing where he made many friends.
Cremation has taken place and a graveside service will be held in the summer at the Little Britain Cemetery.