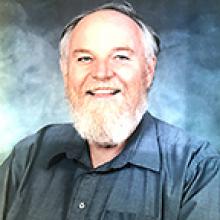 
It is with heavy hearts that his family announces the unexpected passing of Donald Glen Forfar.
Don is survived by son Jeremy (Amanda) and daughter Sarah, brother Ross (Linda), mother Ellen, partner Diane, former wife Betts, and numerous extended relations.
Born in Brandon, Don grew up in the Dauphin area. He attended St. John's boys school as a teenager before spending his early adults years around Canada. He settled in the Interlake area where he will be remembered by many as proprietor of the IGA in Winnipeg Beach where he honed his skills as a businessman and butcher. He began working with First Nations organizations and continued to be involved with many throughout his years. Many people will know Don from his tenure as Mayor of St. Andrews. First elected in 1998, he won a further three elections before stepping down in 2014. He worked hard in this role as an advocate for the community and we are proud of his political and volunteer accomplishments. Wherever he went, Don was a light of encouragement and was known for his caring and compassion. Among many passions, he loved reading, gardening, and was an active member of St. Georges Wakefield Anglican church.
An advocate for his community, donations can be made in his honor to Red River Churches Refugee Team or other community charity of your choice.
A private service will be held on Tuesday, January 18 at 11:00 a.m. The service will be live streamed through Gilbart Funeral Home's website.