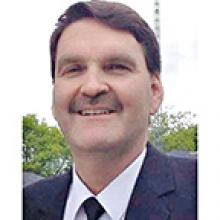 It is with broken hearts that we announce the passing of our cherished and beloved husband, dad, stepdad, son, papa, brother, brother-in-law and uncle, Norm, on January 11, 2022, at the Pine Falls Hospital.
Norm was the youngest child born to his beloved parents, Marcella and Doc (Orville). Left to cherish his memory, the love of his life, wife Lyle-Lynn, sons, Norman Mark, Aaron (Jessica), daughter Justice and stepson Brett (Natasha); his pride and joy, granddaughters, Saveja, Avery, Ayla and Brielle; sister Carolyn (Derrick); brother Kelly (Chrissy) and sister Holly. Norm also leaves many beloved nieces, nephews, aunts, uncles and cousins. He also leaves his brothers and sisters-in-law and their families (Wark). He was predeceased by his loving sister Yvonne (Sis) and mother-in-law Anna Wark.
Born in Winnipeg and raised in Stony Point, those were his roots and he was very proud of it. Named after his Papa Norm who was a cherished man. Norm was a proud Red River Metis citizen and chairperson for the Pine Falls local.
Norm was a gifted, self taught musician, he played guitar, bass and drums. He grew up in a musical family, played in the Vezina Family Band, played in his parents band, The Why Knotts, with his sister Holly Vee. He played in many small bands over the years, but also sang with his beautiful voice with ease at many nursing homes, funerals, weddings, parties and many a road trip.
Norm would do anything for his community (Pine Falls). He loved his town and all the people in it. His 4P Baseball tournaments, Ol King Hockey, Pine Falls Paper Mill and his many friends. For years Norm was the time keeper at the rink and proudly sang O' Canada for every hockey tournament.
Norm's battle with Cancer was well fought right to the end. Thank you to everyone who helped him throughout his journey. Norm's hope, Norm proud, Norm strong, the Rolling Stones tribute Night at the Birchwood. Thank you Pine Falls community for giving Norm your all. Thank you Pine Falls Arena for engraving his initials at centre ice in the rink. Thank you community for the parade. Thank you family for your unending support. Carolyn and Holly for everything you did to help us. Brandi for all your contributions in fundraising. He was so proud of you all.
When you hear a familiar tune that reminds you of Norm, turn it up and dance!


He was one of a kind with a heart of Gold
He instilled in us to always be kind,
be a better person
We are forever grateful for his love
Until we meet again our sweet Norm


A Celebration of Life will be held in the summer.