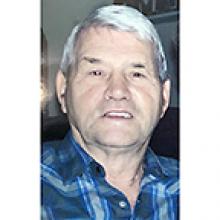 
Peacefully on January 6, 2022, Herman passed away at the Selkirk General Hospital at the age of 90 years old.
Herman was a seaman at heart and was so proud that he was in the Royal Dutch Navy prior to coming to Canada. He loved telling his stories of all the ports he stopped at during his Navy Days and he would try to remember something distinct about each one. He came to Canada from the Netherlands with his wife Margaret and family in 1960 in what they thought would be a wonderful opportunity. Once in Canada their family grew and they lived in a few different places until they settled in Lockport, Manitoba.
Herman loved music and would sing and dance at the drop of a hat; he was always known as the life of the party from an early age right up until his 90th birthday party when he was entertaining his guests with various Dutch songs. Herman traveled extensively his whole life and especially in his retirement to so many places in Europe, Mexico, throughout the USA and all over Canada.
Herman married his second wife Shirley in 1996, and his family grew even larger to his delight. He was known by a few different names, grandpa, poppa and just dad and he always loved seeing the little ones and had a candy or something special for them every time he saw them.
He was predeceased by his first wife Margaret in 1974; son Ernie in 2001; and his second wife Shirley in 2021. He leaves behind a large blended family of children, grandchildren, great-grandchildren, nieces, nephews, brothers and sisters in the Netherlands, as well as brothers and sisters-in-law.
Herman struggled this past year following his wife's passing and was very sad for so many reasons. His heart was broken and he was very lonely even though he had a great support system in place; however, we feel comfort knowing he is now at peace.
In keeping with Herman's wishes, cremation has taken place and no formal service will be held, however an interment will take place at Glen Eden Memorial Gardens at a later date.