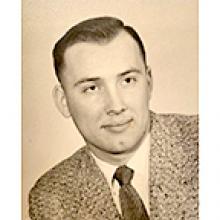 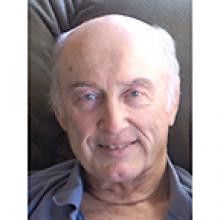 With deep sadness, the family of Lawrence Huska announces the passing of their husband, father, and grandfather on Sunday, January 2, 2022, at the age of 85 after a lengthy illness. At the end, he was surrounded by love and will be dearly missed. Vichnaya Pamyat (Forever in our hearts).
Left to honour his memory are his wife of 64 years, Doreen (Pash); son Kelvin, daughters, Linda (John Birchard) and Deborah; grandchildren, Christopher Birchard, Katherine Birchard, Trevor Zigich, Sarah Zigich; sister Dorothy Zabraczki; brother Tom (Heather) Huska; brother-in-law Bill Pash; sisters-in-law, Lucy McBain and Pat Pash; and many nieces and nephews.
Lawrence Paul Huska was born to parents, Anna and Dmytro Huska on July 10, 1936 in Norquay, Saskatchewan. The family later moved to Hyas, Saskatchewan where he received most of his public school education; completing his high school at St. Joseph's in Yorkton, Saskatchewan. After teaching "on permit" for one year in Mafeking, Manitoba, Lawrence attended the Manitoba Provincial Normal School in 1955-1956. He later attended the University of Manitoba, earning two degrees (BA and BEd). After certification, Lawrence taught for one year in a country school in Eastdale, then went on to teach the next 34 years at the high school level. In his early career, Lawrence taught at Oakbank High School (Principal), Springfield Collegiate, and McCreary Collegiate (Principal). He continued teaching in Winnipeg at River East Collegiate, and ultimately spent 20 years at Kildonan East Regional Secondary School as English Department Head, where he retired in 1993.
In 1957 he married Doreen Alice Pash of Binscarth, Manitoba. Together they raised three children and were blessed with four grandchildren.
Lawrence was a former president of the Manitoba Fly Fishers Association, president of the Crossroads Toastmasters, president of the Transcona NDP, and coach of the River East Collegiate "Reach for the Top" team. In 1971, the River East team he coached won the national championship.
Dad had a youthfully exuberant outlook on life, which was manifested in his love of sports and the outdoors. He was an avid hunter and fisher, and loved to travel. In his younger years, he participated in many activities including hockey, curling, judo, badminton, and cross-country skiing, the latter of which he enjoyed well into his retirement years. He participated enthusiastically in the annual school mountain-climbing trips at KE, and loved family camping trips to both the west and east coasts on our many summer excursions before the construction of the first family cottage at Beresford Lake, Manitoba. Dad continued to enjoy the outdoors at a second cottage he built in North-Western Ontario, where he and Mom spent every summer. Hosting friends and family at the cottage also gave him great pleasure.
The family is grateful to the staff on St. Basil's unit at Holy Family Home, as well as many other health care professionals who assisted in his care. We know he truly appreciated your efforts.
In compliance with Lawrence's wishes, no funeral service will be held.
In lieu of flowers, donations may be made in his memory to Holy Family Home, the Alzheimer Society of Manitoba, or CancerCare Manitoba Foundation.


For online condolences or to light a memorial candle please log on to www.mosaicfunerals.ca