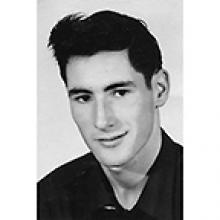 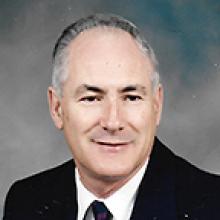 
Peacefully, with his family by his side, Walter Lloyd Stewart passed away on January 12, 2022, at St. Boniface Hospital at the age of 83.
Dad will be lovingly remembered by Darlene, his wife of 53 years, daughters; Michelle (Lyle), Lisa (Dennis) and son Murray (Kristin) and grandchildren Kyle (Kezia), Grace and Aiden. He will also be dearly missed by brother Ken (Marilyn), sisters-in-law Kitty, Mary, and Joyce as well as numerous friends, nieces, and nephews.
Dad was predeceased by his parents Walter and Ethel, brothers Alex, Glenn, Murray (Ruby) and Keith, sisters Doreen (Bob) and Beryl (Sam), mother-in-law Edna and great-granddaughter Emily.
Dad was born on December 4, 1938, the youngest of eight children, to Walter and Ethel Stewart of Lilyfield, Manitoba. The family later moved to Balmoral in 1945 where Dad was raised and attended school. Dad began driving a milk truck for Rockwood Victoria Co-op in 1965, working alongside his older brothers and making many long-lasting friendships. He married Darlene Fisher of Argyle in 1968 and took over the family farm in Balmoral. Dad was very active in the community over the years, serving on both the hall board and the curling club executive. He was also an avid curler. Dad remained on the farm until moving to Stonewall in 1990. Years later when Murray purchased the farm, Dad enjoyed visiting the home he grew up in. Dad continued to drive the milk truck until 1998, retiring after 33 years of service. He then continued to work at the Balmoral School with Mom until she retired several years later.
Family was very important to Dad, and as kids he never missed our baseball or curling games. He was always supportive, caring and wanting to help us however he could. He was especially proud when Michelle and Lisa both graduated as registered nurses. He was a wonderful grandfather. Dad spent a lot of time with his grandchildren. He was so proud of Kyle when he graduated from the police academy and got married. He loved going to Grace's baseball games and watching her ride her horse, Echo. He cheered on Aiden at his hockey games and enjoyed their discussions on politics and current events. They were very close to Grandpa and will miss him terribly.
Honourary pallbearers will be Dad's nephews, Glenn Appleyard, Walter Stewart, Ken Stewart, John Good, Ron Stewart, Don Stewart, and Raymond Stewart.
The family would like to thank Dr. Hicks and staff at Stonewall Hospital and the staff of 5ASouth and ACCU at St. Boniface Hospital for the wonderful care Dad received.
In memory of Dad, donations can be made to the Heart and Stroke Foundation of Manitoba.
A service will be held at a later date.


Peacefully, with his family at his side, Walter Lloyd Stewart aged 83 years of Stonewall, passed away at St. Boniface Hospital on January 12, 2022.
Longer obituary to follow.