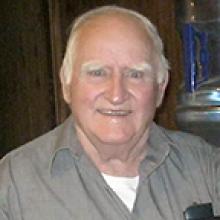 It is with great sadness we announce the passing of our father, grandfather, uncle, Stuart, on January 15, 2022, at the age of 88, at Selkirk Regional Health Centre, with family by his side.
He was predeceased by his wife Lowise and sister Irene Moir. He is survived by his sons, Michael (Lori), Shawn (Tammy) and David (Michelle), grandsons, Jordan and Dakota, and numerous step-grandchildren.
Stuart was born November 23, 1933 in Winnipeg, Manitoba, he attended school also in Winnipeg. In 1958 he married the love of his life Lowise Bodkin, they built their home in the Lockport area, where they raised their three sons. Stuart worked for the City of Winnipeg as a safety officer until he retired in 1997. Then began his own company Hamilton Safety Associates which he operated until his second retirement, then he took up a hobby in wood carving at the Gordon Howard Senior Centre and enjoyed his time spent there, making many friends.
Stuart loved spending time with his family, as well as spending time outdoors. He was always looking for a good deal as he was an avid garage saler. Attending the Winnipeg Goldeyes games with long-time friend Shirley Weitzel and anytime he had the chance he'd take his grandsons, Jordan and Dakota.
The family would like to thank the wonderful staff at Selkirk Regional Health Centre, Red River Place, Woodland Courts and home care workers for the care given at his most difficult time.
Cremation has taken place and service will be taking place on Thursday, January 20, 2022 at Gilbart Funeral Home, 309 Eveline St., Selkirk, Manitoba at 11:00 a.m. Service will be followed by a light lunch followed by interment at Little Britain United Churchyard. The service will be livestreamed via his obituary on Gilbart's website.
In lieu of flowers, donations can be made in memory of Stuart to Gordon Howard Senior Centre, 384 Eveline Street, Selkirk, Manitoba R1A 1N3.


Condolences may be left on his tribute wall at www.gilbartfunerahome.com
Gilbart Funeral Home, Selkirk
in care of arrangements.