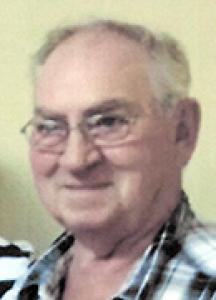 SWISCOSKI, Raymond Allan Swiscoski, 76, of Erickson, Manitoba, passed away peacefully on January 14, 2021, at the Winnipeg Health Sciences Centre. Ray was born in Brandon on July 2, 1945. He grew up in the Otter Lake area and Mission, BC, then returning to the Brandon area to start his career in the trucking industry. While Ray was fulfilling his love for trucking and meeting new friends, he had two sons (Ray Allan and Steve Paul). In 1983, he remarried to Robyn, and in March of 1984 they had another son (Paul Robert). Ray returned to farming the family land in 1995, while still occasionally trucking he officially retired in 2019. Ray's passions were his music/karaoke (Randy Travis, George Jones, Johnny Cash, Merle Haggard) "the good old country", fishing, his farm animals, his family and having a good time. Ray will be truly missed as he leaves behind his son Paul (Holli) and two grandchildren (Hailey and Ethan). Ray is also survived by his two sisters, Marlene Yuen of Brandon MB, children Kim (Fred) and Tyson (Karen), Kathy Tardiff of Victoria BC, children Michael and Sylvia, as well as many other family and close friends. As per Rays wishes, there will be no funeral service. Any donations can be made to the Erickson District Wildlife Association in honour of Ray. Cremation has taken place.