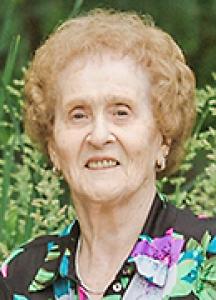 McMUNN: Mabelle, age 92 years, passed away peacefully at the Brandon Regional Health Centre on Saturday, January 29, 2022. Mabelle was born on November 12, 1929, in Lashburn, SK to William and Jessie (nee Pollock) Broley. She was the last of four siblings joining her brothers Jim, Walker, and Milt. Mabelle grew up with the hardships of the Dirty Thirties, made extra difficult because her mother passed away when she was five. Her dad raised the four children and Mabelle had many good memories of her Lashburn days. She never forgot her Saskatchewan roots (Go Roughriders). Following high school graduation, she went with three friends- Lou Townley-Smith, Betty Robinson and Jean Jeffries- who became lifelong friends to university in Saskatoon. Mabelle began her teaching career in Sceptre then Unity, where she met Jack McMunn. They married January 2, 1954, and began their life following Jack's banking career across Saskatchewan and Manitoba. Mabelle's family grew to include her in-laws: Jim, Gwen and Joan. All holidays and summer vacations were spent at the McMunn's Ewart farm. Mabelle and Jack welcomed the addition of daughter Joy and son Jim. Mabelle taught in many of the communities where they resided, finishing her teaching career at Brandon's George Fitton. Music played an important part in her life: playing the piano, singing and directing choirs, and clogging. She enjoyed playing bridge with the Tuesday night group and retired teachers, golfing, decorating her bay window, travelling and watching curling. Her world brightened with the arrival of the grandchildren: Todd, Tara, Scott and Michelle; she now travelled to their school and sporting events, took them to the lake, entertained them in Brandon, and went on numerous road trips. The highlight of her travels was the numerous NYC adventures; her goal was a Broadway show every day. Surviving her and cherishing the memories are Joy (Terry) and Jim; their dad Jack; grandchildren Todd (Paula), Tara (Dwight), Scott (Candace), and Michelle (Travis); great-grandchild-ren Piper, Jasper, Kaiden, Aria, Spencer and Kashton; sisters-in-law Joan Laewetz and Doreen Broley; good Saskatchewan friends Gwen
Arnold and Lou Hudson; and numerous nieces and nephews. She was pre-deceased by her parents; parents-in law; brothers; sisters-in-law Rita and Sylvia; and nephew Brad Laewetz. The family would like to thank the staff at Victoria Landing, Home Care, Life Matters, and Brandon Regional Health Centre Palliative Care for the wonderful care provided. A celebration of Mabelle's life will be held later. Mabelle's favorite saying was "Give me flowers when I am alive not when I'm gone." In lieu of flowers please consider donating to your local palliative care unit.

Don't forget to wear green on St. Patrick's Day and a poppy on Remembrance Day, celebrate Canada Day, and cheer for the green.