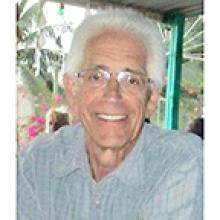 On January 28, 2022, Gord transitioned to the arms of the angels, lovingly embraced by his wife Deb (Kurbis). He is now reunited with his parents, Steve and Olga; brother Barry and Velvet; brother-in-law Roger Wasnie and nephew Randy Hughes.
He will be eternally cherished by his sons, Jared and Jodie (Ashley) and grandchildren, Zander and Zoey, whom he loved beyond measure.
Gord held his immediate and extended family in highest esteem. He will be forever lovingly remembered by Dorene (Paul) Hughes, Tom (Anna), Lawrence (Lillian), Betty Wasnie (Dan), Jean (Nicholas) Lanxon-Whitford, Curt (Heather) Kurbis, Sandra Kurbis and Richard (Donna) Kurbis.
Gord's fun-loving and generous nature granted him 'favorite uncle' status among many nieces and nephews. His door was always open and his heart was big enough to love them all equally.
Gord was athletically gifted and excelled at many sports. He especially enjoyed coaching his sons in hockey, baseball and football. The team windups in the backyard pool were an added highlight.
Gord developed lifelong friendships during his years in the Kinsmen Club of Selkirk. He devoted endless hours chairing fundraising committees and firmly believed in the Kin motto of "Serving the Community's Greatest Needs." He spent six years on the Arena Fundraising committee and was instrumental in acquiring the seats for the new Selkirk Rec Complex from Chicago. Several Kinsmen are like brothers to him, they know who they are.
Gord graduated from LSRCSS in 1972. He was accredited with the Assessors Association of Manitoba, and went on to achieve his certificate in Real Property Assessment from UBC. He retired as Residential Valuation Coordinator for the province of Manitoba after a 35 year career.
Gord dearly loved our years at the cottage at Bird Lake, playing guitar, metal detecting, trips to Mexico, creating stained glass pieces, woodworking, boating, fishing and especially gathering with friends and family.
Cremation has taken place. A private Celebration of Life will be held at a later date.
Flowers are gratefully declined. If friends so wish, memorial donations may be made to the Selkirk Community Foundation, Kinsmen Fund.

My one and only "Bridge over Troubled Waters" has laid down to rest.
Gilbart Funeral Home, Selkirk
in care of arrangements.