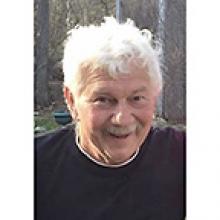 Lawrence Stanley Gay, 70, of Winnipeg, MB passed away on February 2, 2022. He will always be remembered for his love of classic cars and being a collector. Some of his greatest moments in life were when he was with his great-grandchildren.
He is predeceased by his parents, Sophie and Mike; his grandson Joel and his brother Bob. He is survived by Gloria; daughters, Lori (Brad) and Angie (Mike); grandchildren, Justin, Kevin, Krystin and Ryan (Ellana); great-grandchildren, Sofiya, Chloe, Annika and CJ; brothers, Jerry (Lucy) and Terry (Debbie); sister Marlene (Rick) and sister-in-law Kelly.
His wishes were to be cremated and he didn't want a funeral. On his birthday, March 24, we will have a Celebration of Life at his house. Whoever wishes to stop by to share their favourite stories about Lawrence are welcome to come by between 2:00 p.m. to 8:00 p.m.
In lieu of flowers, we ask that donations be made in Lawrence's memory to the St. Boniface Cardiac Care.


Condolences may be left on his tribute wall at www.gilbartfuneralhome.com
Gilbart Funeral Home, Selkirk
in care of arrangements