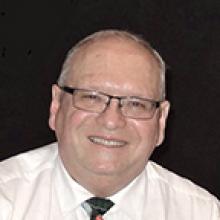 
With deep sadness we announce the passing of John Jamieson on February 8, 2022, at 69.
He is survived by his wife Sheila Palmquist, sons, John Paul (Ding Ding) and Joel Robert (Jessica), grandchildren, Kayley, Kieran, Mary Jane and Jillian May, his brother Don (Amy), and numerous nieces, nephews and cousins. He was predeceased by his parents, Fergie and Josephine, brother Tom, and sister Joan.
Raised in Fort Rouge, favourite playgrounds included McKittrick Park and Betula Lake. He joined sea cadets (RCSCC JT Cornwell VC) and enjoyed summers at HMCS Quadra.
John started his career with Winnipeg Hydro at age 20. He pulled ashes with little complaint at the Steam Plant, moved into Maintenance, and then completed his Industrial Electrician training at Keewatin Community College. This coincided with him becoming a Journeyman Electrician with Winnipeg Hydro. He worked as a Test Technician for the majority of his career before moving to the Rental Services Unit. He retired in 2003.
John was an active union member and a passionate advocate for workers' rights. He was instrumental in helping the transition from Winnipeg Hydro to Manitoba Hydro when they became part of IBEW. He was a proud Honorary Life Member of CUPE Local 500.
John volunteered with kids at Grant Park Harrow Community Centre, Diabetes Canada, CancerCare and helped with several political campaigns. He helped in the creation of the Cornwell (Winnipeg) Branch of the Navy League of Canada, and in the founding of the JTCVC Alumni. He served with the Manitoba Division, and received the National President's Award as National Member of the Year.
John and Sheila were married in 1979, and together with their sons they enjoyed camping at Birds Hill Park, seeing Canada coast to coast, and travelling the world. Once his grandchildren were born, nothing brought him more happiness than spending time with them.
A memorial service will be held Wednesday, February 16 at 10:00 a.m. at Thomson Funeral Home, 669 Broadway. Based on current provincial guidelines, the hall requires masks, proof of vaccination, and will admit 150 people. No reception can be held after the service. The service will be livestreamed, you may follow this link to view: https://youtu.be/Tg_02B_PuO4 A private interment at Assumption Cemetery will be held at a later date.
Donations may be made in his memory to the Heart and Stroke Foundation or the Cornwell (Winnipeg) Branch.
John was a friend to many - his loud laugh and unwavering commitment to his family near and far and the organizations he believed in are well known. He made friends wherever he went - some of these friendships have lasted from childhood. He was passionate about everything and would not hesitate to talk about his grandchildren, JTC, or a great meal.
John helped so many people in so many ways, and lived life to the fullest right up to his final moments. He will be greatly missed. We hear you laughing and we send you our love.