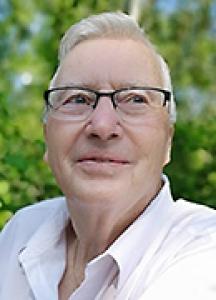 JEWSBURY, ROY WILLIAM 1942 to 2022 It is with saddened hearts and precious memories that we announce the passing of Roy Jewsbury at Brandon Regional Health Centre on February 17, 2022 at the age of 79 years. Roy was born in Glenboro, MB, March 27th, 1942, the third son of Endsor and Ethel Jewsbury. He was raised on the family farm south of Glenboro and received his education at Hecla School and Glenboro High School. He loved hunting and fishing and spent many happy hours with his Dad and brothers doing this. In the winter he spent his spare time at the local curling rink and going to bonspiels. Roy married Joan Mills from Stockton and two children were born from this union, Victoria Joan and Jason Roy. He farmed the home farm for a few years and then moved to Carberry where he managed a large cattle, grain, and potato farm for Charles Mayer. In 1988 he met the love of his life, Bya van Kommer and they married in 1990. They moved to Swan River to operate a family restaurant. This was a wonderful change for him and it was a very successful venture. After ten years they wanted a change so they moved to Dauphin to manage a motel and from there to Super 8 motel where he worked as maintenance supervisor until retirement. Roy and Bya started holidaying in the south in 1994, at first two weeks at a time and later three or four months. They continued this until 2017 when Bya took sick which forced them to stay home. Left to mourn his passing is Bya, his wife of 31 years; daughter Victoria (Andrew) Waddell from Comox, B.C., son Jason from Airdrie, AB, step son Darren Parker (Rufa) Calgary, AB, step daughter Debbie (Darcy) Read from Cold Lake, AB, grandchildren – Justin Waddell, Katlyn Waddell from Comox, B.C., Dean (Amanda) Parker from Victoria B.C., Matthew (Meghan) Phillips and daughter Violet from Cold Lake, AB, and Christopher Phillips from Brandon. Brothers and sisters – Bob and Olivia Jewsbury from Glenboro, Frank and Loretta Jewsbury from Ottawa, Fred and Margaret Jewsbury from Glenboro, Iris and Tom Williams from Regina, Lois Jenkins from Calgary, Maggie and Rick McKnight from Calgary, Jim and Janie Jewsbury from Grandora, Marion van Kommer from Claresholm, Neil and Esther van Kommer from Carberry, Bert Kommer and Debbie from Carberry, Margie and Brent Irwin from Brandon and numerous nieces and nephews. Predeceased by father Endsor, mother Ethel, father-in-law Bert van Kommer, mother-in-law Corrie van Kommer, brother-in-laws John van Kommer, Ted Jenkins, sister-in laws Hennie van Kommer, Andre Jewsbury, niece Holly van Kommer, nephews Rory Jewsbury, Buddy van Kommer and Evan Wytinck. As per Roy's wishes, cremation has taken place and a private family interment will take place at a later date. If friends so desire, donations in memory of Roy may be made to CancerCare Manitoba. Friends and family are invited to visit Roy's memorial page at interlakecremation.ca, where memories and condolences may be shared.