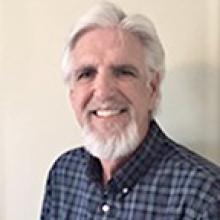 
Giorgio passed away peacefully with a smile on his face after a long and gruelling battle with cancer.
He was blessed with a good life and two extraordinary wives that provided support, care and love. Michelle Barrette, his first wife of 24 years, bore and raised their two beautiful daughters; Melissa (Adam, grandchild Elliott) and Tina (Alex, grandchildren, Cooper and Emma). Giorgio is also survived by his mother Argentina and sister Elizabeth (Lowell), as well as two nephews, many aunts, uncles and cousins. He would also have liked to acknowledge the Barrette/Claude family that he stayed in touch with; sisters-in-law, Nicole (Claude), Lynda (Real), Lyne (Benoit), Danielle, Sylvie, Jasmine and brother-in-law Michel. Giorgio was predeceased by his father Antonio, brothers-in-law Yves Jr., Sylvain and in-laws Claudette and Yves Claude.
Following Michelle's death to cancer in 2006, Giorgio met Charlene van Schijndel, dated and fell in love. The two moved in together in 2010 providing Giorgio with an extended family that included Aliea (Paul), Adam (Rachelle, grandchildren, Remy and Alice), sister-in-law Lilian, brother-in-law Phillip (Stacey), in-laws, Charlene and Marcel. With the combined families, weekends at the lake and holidays were always busy.
Giorgio was born and raised in the Montreal area. He attended Centennial Regional High School followed by Champlain and Dawson Colleges. In his teens he was a member of the Royal Highland Regiment (The Black Watch) Cadet Corps and Reserve where he made some lifelong friendships. He was an excellent marksman winning several team and individual shooting competitions at the Regional and Provincial levels. During this time he also worked part-time on weekends at Sears Brossard where he met Michelle.
After receiving a Diploma in Mechanical Engineering Technology in 1981 Giorgio began working in the Chief Engineer's Office at Canadian Pacific Railway as a Design Draftsman. In 1984 he applied for and got a position as a Lab Technician in CP's Test Department. The Department moved to Winnipeg in 1986 and the family seized the opportunity as an adventure. Happy with the stability, work variation and promotions, Giorgio remained at CP for a 34 year career, retiring at the end of 2014; the same year Charlene and Giorgio found their small slice of lakefront heaven at Gull Lake.
The following year Giorgio returned to work with the Transportation Safety Board of Canada as a Senior Investigator in the Rail Branch. He enjoyed his time at the TSB and would have continued had it not been for the cancer diagnosis. He retired for a second time at the beginning of 2021.
Giorgio and Charlene loved to host BBQs and dinner parties. They enjoyed travelling, especially of the two wheel variety and "sneaking away" for a week or two during the cold months. Winter usually signaled weeks of planning for a motorcycle road trip the following summer. Giorgio was known for his detailed itineraries "The Book" and photo albums after the trips. In the last few years Giorgio and Charlene cherished their time at the lake, enjoying the views, wildlife, gardens and serenity.
Thank you all who enriched Giorgio's life and especially to those involved in his care over the last four years.
In keeping with Giorgio's wishes cremation has taken place and there will be no formal service. A Celebration of Life will be planned for a later date. There will also be a service in Brossard, QC at a later date.
In lieu of flowers, please consider a donation in Giorgio's memory to CancerCare Manitoba or the Canadian Cancer Society.
Friends and family are invited to visit Giorgio's memorial page @interlakecremation.ca where memories and condolences may be shared.