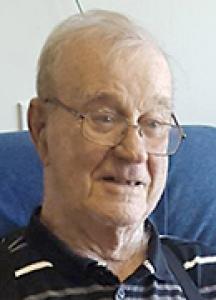 CAMPBELL, Peter Frederick, age 94 years, passed away on Saturday, February 26, 2022 at Hillcrest Place Personal Care Home. Fred leaves to mourn his daughter Valerie (Jim) Irving, grandsons Jim (Tina), Peter William "Bill" (Brittany) and their children; and Robert's children Jennifer, Timothy, Colleen and Meghan and their spouses and children. He was predeceased by his wife of 50 years, Olive in 1998, son Robert Frederick in 2016; and second wife Kathleen in 2018. First child of Peter and Ann (nee Pittman) Campbell, Fred was born on August 2, 1927 in Winnipeg. He attended elementary and junior high school in Winnipeg before moving to Morris for high school. In October 1944, Fred enlisted in the army and served until 1946. He started working at Winnipeg Electric in 1948 as an Apprentice Lineman; continuing with City Hydro and MB Power Commission as they evolved into Manitoba Hydro. He retired from Manitoba Hydro as Maintenance and Construction Manager in June 1983 after 35 years. Fred met his wife Olive in 1946 and they married in 1948. Robert Frederick was born in 1951 followed by Valerie Patricia in 1957. Fred and Olive relocated to Brandon in 1969 and Brandon became their family's home. Fred and Olive shared 50 years together until her passing in 1998. In 2002, Fred married Kathleen Roberts and together they shared 16 years, until her passing in 2018. Fred was an avid golfer and curler all of his life – enjoying both well into his 80's, and many friendships were made at Glen Lea Golf Course and Brandon Curling Club. Fred was active in his community, volunteering with Brandon Assiniboine Kiwanis, Royal Canadian Legion, UCT, Hydro X, Meals on Wheels, and Operation Red Nose, just to name a few. Fred lived a full and healthy life until 2019, when failing health necessitated a move to Hillcrest Place. Val and Jim are thankful for the compassionate care he received while a resident there and are thankful for the time they were given to reconnect with Dad. The Celebration of Fred's Life will take place at a later date. Donations in memory of Fred may be made to the Brandon Regional Health Centre Foundation, 150 McTavish Avenue East, Brandon, MB R7A 2B3.