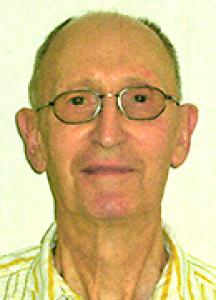 SIMPSON: Charles "Charlie" Melvin, 91, beloved husband of the late Ruby Simpson, passed away on Monday, February 14, 2022 at Fairview Home. Charlie, youngest son of Hector and Lena Simpson, was born on the home farm near Brookdale on November 14, 1930 and continued to reside there until 2006. He completed grade 12 at Brookdale school and started farming with his father and older brother, Francis. In 1950, they started the Tir Eachuinn Angus herd and it continued up until the herd was dispersed in 1965. Charlie was a soft spoken, kind, man that was always active in community events. This included 4-H and 4-H leadership, square dancing, curling, community club, as well as Manitoba Pool Elevators, Brookdale United Church and various cattle organizations. Charlie was an avid reader and talented painter. Charlie married Ruby (nee Booth) Bartz in July 1973. Cattle were on the agenda again and a small commercial feedlot was run, along with the grain farming, for a few years. In 1978, together with son Bob, the Tag-a-Long Red Angus herd was established and grew to over 300. Charlie and Ruby were members of the Manitoba Angus Association for many years and were presented with Honorary President's pins by the Canadian Angus Association in Toronto. The herd was dispersed in the fall of 2005 on Charlie's 75th birthday. They remained on the farm for another year before moving to Neepawa. After living in Neepawa for three years they moved to Brandon and resided at Victoria Landing where they enjoyed the company of many friends and staff members. Following Ruby's passing, and due to declining health, Charlie moved to Fairview Home. Charlie is survived by children Bob (Heather) Bartz, Don (Cathy) Bartz, and Tracey (Doug) Anderson. Charlie will be lovingly remembered by his grandchildren Glenn (Jessica), Charlene (Mark), Caitlin (Kris); Scott (Cara), Jamie (Jenna), Andrew (Amber); Patricia (Greg), Trent (Jessica), and his great-grandchildren Kristyn, Andrew, Ivy; Charlotte, Madeline, Brooklyn, Kennedy; Caden, Ryker. He is also survived by many nieces and nephews and extended family members. Charlie was predeceased by wife Ruby, parents Hector and Lena, brother Francis (Thelma), and sisters Eleanor (Frans) Swanson, Marion (Harold) Ishenberg, Dorothy (Stan) Cook, brother-in-law Bill (Cleo) Booth and two nephews. The family wishes to thank Fairview staff for their kindness. Charlie and family, have sincerely appreciated the phone calls, emails, and text messages from friends and family over the last months. Charlie's family will cherish his memory privately. Interment will take place at Brookdale Cemetery at a later date. Donations in memory of Charlie may be made to the Heart and Stroke Foundation of Manitoba, 1379 Kenaston Boulevard, Winnipeg, Manitoba, R3P 2T5. The family invites you to view the tribute video on Charlie's memorial page at www.memorieschapel.com.