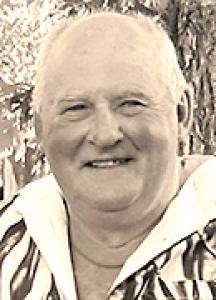 SOMERS: It is with heavy hearts that we announce the passing of our beloved partner, brother, father, grandfather, great-grandfather and friend. Graham Trewin Somers passed away on Tuesday, February 15, 2022 at the Brandon Regional Health Centre, shortly after he celebrated his 86th birthday on Feb 6th. Graham was born in Strathclair, MB and was the youngest of the six children of Alfred and Edna Somers. During his school years he enjoyed helping on the family farm, and once graduated, he attended the Agriculture program at the University of Manitoba, where he achieved his degree. This led to a career with the Provincial Department of Agriculture where he progressed into the position of the Chief of Soils and Crops Department. In 1958, he married his high school love, Irene McMillan, and they were blessed with three children. They lived in Winnipeg where he also belonged to the Pembina Curling Club. They divorced in 1978. In 1986, Graham married Marnie Prokopchuk. They shared a life just outside Oakbank, MB with country living, horses, horse shows and his beloved Labrador retriever Misty. They divorced in 1996, after relocating to Carberry, MB. In 1996, he married Sharon Neale. They developed a successful Greenhouse business just outside Carberry, called Somers Country Gardens, and developed the landscape around the greenhouses with a beautiful dug out pond, rose garden, amazing flowerbeds and vegetable garden. Graham also had a large workshop where he continued his woodworking craft and enjoyed reading, photography, fishing, writing, politics, animals and wildlife, as well as spending time with his friends out on the deck that overlooked the yard and the pond. Sadly, Sharon passed away in 2010. In 2012, he again found Irene, and they moved to Seven Sisters and lived on an acreage where Graham again used his green thumb to plant trees, and a huge garden They had just relocated to Brandon to downsize and be near friends in September 2021. Graham is survived by Irene; son Darryl (Nola), grandchildren William (Anni) and Drew; daughter Debra (Gerald), grandchildren Rachel and Stephanie; son Kent (Anne), grandchildren Brynn, Malcolm (Sandra) and Noah; great-grandchildren George, Maxwell, Thadius "Tad" and newest Aidee; step children Joleen Graham and Dale Neale; and sister Betty Pickerl, as well as many nieces and nephews. He was predeceased by his parents, wife Sharon, brothers Clifford, Edwin and Lawrence and sister Mae. The Celebration of Graham's Life will be held at a later date. Donations in memory of Graham may be made to the Canadian Cancer Society, 185 Sherbrook Street, Winnipeg, MB R3C 2B7 or the Brandon Wildlife Association, c/o 2 Keenan Bay, Brandon, MB R7A 7W3.