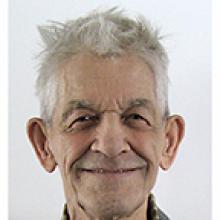 
The family of Harry McKenzie are saddened to announce Harry's passing at the age of 87 at the Selkirk Regional Health Centre.
Harry was predeceased by his parents, Ken and Myrtle and his sisters-in-law, Peggy and Sharon; his grandparents, George and Elizabeth, who helped raise him when his mother died in childbirth.
Harry is survived by his twin brother George (Julia) and his older brother Stanley; his nephews, Douglas, Glen (Karen) and Gordon (Sue); his great- nephew Collin (Sylvie) and his dearest friends, Doug and Alice, who were so very special to him.
In the early 1950s, Harry came to work on the Aime dairy farm in Petersfield and it became his home and he remained there until his passing. He was making hay last summer and said "he had customers counting on him." He enjoyed hunting, fixing machinery, working around the farm and going to auction sales with his brother George.
Saturday nights would find Harry sitting at the kitchen table playing solitaire and listening to the Polka Party.
Harry was a quiet man known for his honesty and integrity. He was always willing to lend a hand if someone needed help. He kept up on current events, especially the weather.
The family would like to thank the Paramedic Services, Dr. Brian Lindenschmidt and the doctors and nurses at the Selkirk Regional Health Centre.
Cremation has taken place as per Harry's wishes. A private family service will be held at a later date at the cemetery in Winnipeg Beach. Flowers gratefully declined.
Condolences can be left on his tribute wall at www.gilbartfuneralhome.com
Harry you will be missed, but go soar with the angels now, you've earned your rest!