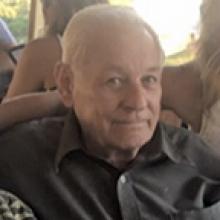 
The family of Michael Macey is saddened to announce his passing on March 20, 2022, at Selkirk Hospital.
Michael was predeceased by his parents, Nicholas and Ann and his brother Frank. Michael is survived by his wife of 61 years, Dorothy (nee Ringach), his son Ken, daughter Linda (Richard) Bembridge, grandchildren, Hayley (Justin), Meagan, and Nicholas, great-grandchildren, Lexi and Rylee. He is also survived by his brothers, Jack (Joanne) and Steve (Cathy).
Michael was a man of strength, will and fortitude. He taught us many things that are cherished and will be passed on with pride. Michael spent his career as an Architect in Winnipeg working for many high profile companies and clients and was proud to do so in the later years with his son Ken. Many memories were made with family and friends at Betula Lake beginning in 1963 as well as annual driving trips covering the map to a favourite destination, Las Vegas.