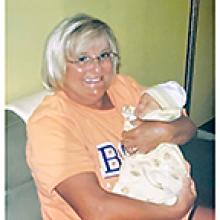 It is with profound sadness that we announce the death of Marilyn Einarson (nee Chudd), with her husband and sons by her side, after a brief illness.
She is survived by her husband of 52 years, David Einarson, her brother Edward, sons, Jon and Eric and her grandchildren, Brayden, Eve and Handsome David. She was predeceased by her parents, John and Anne, her brother Johnny and her sister Joyce.
Marilyn was born in Gimli in 1947, and it was a joyous occasion because she was younger than her siblings by more than a decade. Her feet never touched the ground as a child because there was always someone who wanted to carry her in their arms. That was a tradition that her devoted husband carried on for the rest of her life. And she did the same for him and her sons and grandchildren.
Marilyn was an elementary school teacher by profession and spent 50 years as an educator in the River East School Division. Though she retired many years ago, she continued to substitute teach up until the moment she became unwell a short time ago. It was her passion, and she was so good at it, and beloved for it. Marilyn could go almost nowhere in East Kildonan, not the grocery store or the mall or any activity, without having someone come up to her and say "Hello Mrs. Einarson, you taught me Grade 2". And the thing about Marilyn was that she remembered every one of them, their siblings and parents. She could reminisce with stories about them. That was how sharp and caring she was.
But her true passion was her family and friends. She and David had an incredibly close group of friends that they raised their children with, travelled with and spent endless hours of companionship with (mom as an educator and grammarian would correct that to "with which they would spend endless hours of companionship", because you cannot end a sentence with a preposition).
And when it came to her family, Marilyn lived for them. Not with them. Not because of them. But for them. She existed to do everything in her power to bring joy and love to her husband, her children and her grandchildren. No task for her was too big or small in that regard. She would find the perfect gift, make the most perfect food, she would hug the strongest and hardest, anything to see a smile on the face of her family members.
She was our rock. She was the one that that made the perfect dream of our family be real. We are lost without her. Things will never be the same. But we will honour and love her forever.
Thank you for the compassionate and exceptional care from the staff at the Grace Hospital Emergency Department and 3 North Unit, and the Health Sciences Centre staff on GA4 and the MICU Unit. We will always be grateful for all you did for her.
A celebration of Marilyn's life will be held on Saturday, April 2 at 11:00 a.m. at Gilbart Funeral Home in Selkirk, Manitoba.
In lieu of flowers, donations can be made in Marilyn's honour to the Grace Hospital Foundation or Health Sciences Centre Foundation.


Condolences may be left on her tribute wall at www.gilbartfuneralhome.com
Gilbart Funeral Home, Selkirk
in care of arrangements.