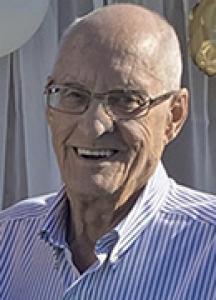 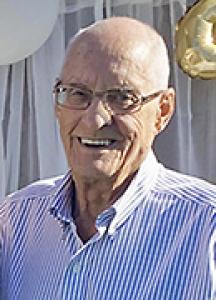 CHUDLEY, Richard William Chudley, passed away peacefully on Monday, April 11, 2022, at the age of 83. Richard was born in Neepawa, MB on January 2, 1939, to Percy and Alice Chudley, the middle of five children; Marie, Doug, Claire, and Connie. Richard grew up in Brookdale, MB where his parents owned the General Store. Upon finishing high school, he worked with highways before attending Technical School in Toronto, ON. Once his program was completed, he returned to Winnipeg, and worked for a brief time with CBC. Richard then relocated to Brandon, MB, in 1962 where he worked for CKX television. Richard met Louise Wabick, his soul mate, at a dance at the Neepawa arcade. They married on July 10, 1965, in Polonia, MB. and began their life in Brandon and had four children. Richard started his career at CKX, as a cameraman, eventually working his way up to Production Manager. Throu-ghout his 38 years with CKX he was an influential leader, mentor, and humble co-worker, boss and friend to many. He was the "Office Dad" to the younger generation, guiding and demonstrating his strong work ethic to all those who crossed this path. He retired after a fulfilling career in 2000. Upon retirement, he worked at the Days Inn, doing various maintenance jobs. In 2012, Richard and Louise, moved to the Lions Manor in Stonewall, to be closer to family, where he volunteered his time to help out wherever he could. Richard and Louise were able to enjoy some traveling in their retirement. They took their first trip in January 2002, to Palm Desert, and later five trips to Mexico and a trip to Arizona. Richard loved his family immensely and valued spending time with them. When his children were young, many summers were spent camping, before purchasing a cabin at Clear Lake. Richard traveled to Thompson frequently to visit his daughters, creating memories of fishing and the delicious meals that followed after the day's catch. Rich also enjoyed numerous rounds of golf with his sons-in-law and grandkids, and never missed an opportunity to go and watch his grandchildren's hockey and baseball games, or dance recitals. Rich also enjoyed going for walks, which included walking to work and just taking any chance to soak up some sun when he could. Richard will be deeply missed by his loving wife, Louise, of 56 years, son Darryl, daughters, Shauna (Rick), Nadine (Brad), Jolene (Grant); grandchildren, Brenden, Kaylene, Tyler, Braden, Jordyn, Rhys, Taylor, McKenna and Kamryn; and great-grandchildren, Oliver, Bodhi, Elliot, Jaxon and Hanna. As well, he is survived by his brothers, Doug (Thelma), Claire (Connie), and sister Connie. He was predeceased by his parents, Percy and Alice and sister Marie. The family would like to thank Dr. Hicks, of Stonewall for his excellent care and compassion. A Celebration of Life was held, April 20, 2022, in Stonewall, MB. In lieu of flowers, donations in memory of Richard may be made to the Canadian Cancer Society, or the Alzheimer Society of Manitoba.

God Saw You Getting Tired

God saw you getting tired
And a cure was not to be
So he put His arms around you
And whispered "Come to me."

With tearful eyes we watched you
As you slowly slipped away
And though we loved you dearly
We couldn't make you stay.

Your golden heart stopped beating
Your tired hands put to rest
God broke our hearts to prove to us
He only takes the best.
by Frances and Kathleen Coelho

CHUDLEY, RICHARD WILLIAM Richard William Chudley passed away on Monday April 11, 2022, at the age of 83. Richard will be lovingly remembered by his wife, Louise; children Darryl, Shauna (Rick) McInnes, Nadine (Brad) Volanski, and Jolene (Grant) Brown. A celebration of Richard's life will take place on Wednesday April 20, 2022, at 1:00 p.m. at Mackenzie's Funeral Home in Stonewall MB. Complete obituary to follow. In lieu of flowers, donations can be made in Richard's memory to the Canadian Cancer Society or the Alzheimer's Society of Manitoba.