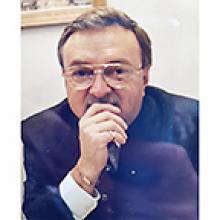 
It is with heavy hearts we announce the passing of Eugene Albert Jules (Van) Van Cauwenbergh on April 12, 2022 after a fierce battle with cancer.
Born in St. Boniface Manitoba, Van was predeceased by his parents, Charles and Maria along with 11 of his 13 brothers and sisters.
He will be greatly missed by his wife Claire, of 62 years, daughters, Debbie Barron (Brian), Cindy Baril (Mike), Tammy Andruski (Jamie); his grandchildren, Shelby (Des), Stephanie, Jordon (Melissa), Brayden (Anika), Tanner, Rachael (Kyle); great-grandchild Ahri; sisters, Delphine and Judy and brother-in-law Ray Nagy along with numerous relatives, neighbours and friends.
As a young man Van enlisted in the Air Force where he found his calling in the field of armory which saw the family posted to Europe, Alberta, Ontario and Winnipeg. During his successful career in the military, he received numerous promotions and was the recipient of the Order of Military Merit in 1973. Following his discharge from the military, Van embarked on a second career with Bristol Aerospace performing international marketing including numerous trips to Asia and beyond.
Those who knew Van can attest to his quick wit and mischievous manner. He had a knack for making those around him feel at ease and always made time for conversation and a fire. A selfless man, he was a devoted husband, the best father, father-in-law and most-excellent "Poppa."
Van loved his family beyond measure. Christmas festivities and trips to their Florida home were some of his greatest joys. His love of nature, hunting, fishing, star gazing, cigars and growing tomatoes and plants in his greenhouse were some of his favourite hobbies.
His absence leaves a massive hole in our hearts but the multitude of memories will comfort us always.
A celebration of Eugene's life will be held on Saturday, April 23 at 11:00 a.m., at E.J. Coutu Funeral Home at 680 Archibald St. Masks are encouraged and will be available.
In memory of Eugene, please consider a donation to CancerCare Manitoba on his behalf.