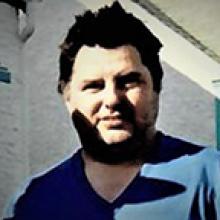 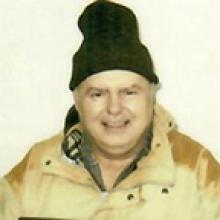 
Richard Martin passed away peacefully April 13, 2022 at St. Boniface Hospital, aged 77.
Richard will be missed by his Pulford Community Living Services family, including housemates Larry and Roger and their many supporters, by long-time friends Dave and Ted, their spouses Gail and Jo, and the many members of the Wright family of which Rich was an honorary member. He will be remembered by many other friends.
Audrey was one of Rich's main supporters for many years. More than that, she was his friend. Rich was so grateful for the care and comfort Audrey lovingly provided in his final weeks, days and hours.
Richard was born in Winnipeg in 1944. His earliest years were with foster families. Richard spoke often about sisters Debby and Dorsey, and the Wilsons. In later years, he met his sister Diana. While still a child, Richard was admitted to the Portage School, now the Manitoba Developmental Centre. Richard did not like to speak of the many years he lived there, although he had some great stories involving loading train cars (he was a strong young man) and a daring youthful escapade that may have involved a getaway vehicle. During the 70s and early 80s, Richard lived with foster families in a number of communities and then in a Guest Home on Roslyn Road. In 1986, Rich moved to Fleet Avenue, where he was supported by Pulford and lived the rest of his life. Rich loved his Fleet home, his supported community life and the stability of one home for the last half of his life.
Rich had a lot of different jobs. He was very pleased to retire and have time for car trips and places further afield such as Las Vegas, Vancouver, and Calgary. Rich liked to say he was a "travellin' man". He loved restaurants and meals with friends. He enjoyed reminiscing about places he had been and people he knew and was quick to chuckle.
Rich was friendly and gentle, a constant and loyal friend - always staying in touch. He told us he cared and made us smile. His stories are legend and expressions eminently quotable. We will miss him so much.
Celebration of Life will be held at a future date.