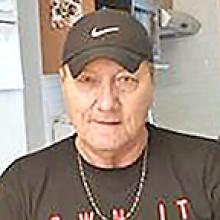 
It is with heavy hearts that we announce the sudden passing of Bill Jelinek, beloved husband of Alexandra, of 52 years, aged 72 years of Selkirk, MB on April 9, 2022.
He leaves to cherish his memory his children, Sophia, Rod (Jade) and his foster son, Matthew; sister Evonna (Vaclav), their two sons, Karel (Hana), Martin (Lucie) and their families in Prague, Czech Republic, and many other relatives and friends.
He was predeceased by his parents, Vaclav and Ludmila, and parents-in-law, Alexander and Gertrude Bear.
Bill was born June 8, 1949, in Prague, the former Czechoslovakia. He left his family and all that was familiar to him at the age of 18 in order to follow his dream of living, in freedom, here in Canada. He arrived in Selkirk in the fall of 1968 where he met Mom and they married the following spring. Dad and Mom had two children, which they viewed as their million-dollar set. Dad had a passion for sports and loved watching his children compete. Dad was a man who worked hard all his life. He was a Stone Mason by trade then later worked at Gerdau where he retired after 27 years.
Honorary pallbearers will be Alexander Bear, Kevin Eggie, Tim Wozney, Rick Czarnecki, Glenn Kozan. Active pallbearers will be Rod Jelinek, Kevin Leach, Rod Bear, Brian Krut, Randy Pescitelli and Rolland Fontaine.
A celebration of Dad's life will be held at the Selkirk Community Church, 6569 Provincial Trunk Hwy. 9, St. Andrews, MB at 2:00 p.m. with viewing one hour prior, on Sunday, April 24, 2022. Cremation to follow.