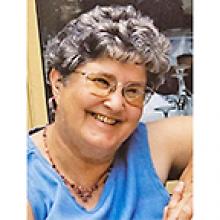 
With heavy hearts, we announce the passing of Marie McRae on April 12, 2022 at the age of 86.
Dedicated wife of the late Grant McRae for nearly 63 years, loving mother of Heather Duthie (John Duthie) of Calgary, Garnet McRae (Elisa Romano) of Ottawa, and Vivian McRae-Dawson (Randy Dawson) of Portage La Prairie, cherished grandmother of Sofia McRae and Joseph McRae of Ottawa, and Kody McRae, Carro Haight, and Brady Haight of Portage la Prairie, sister to Don McLennan (Gail McLennan), sister-in-law to Fred Amann and Weldon Fehr, and aunt to many nieces and nephews.
Marie was predeceased by her husband Grant McRae; parents, Archibald and Milda McLennan; sisters, Shirley-Ann Fehr and Carol McLennan; sisters-in-law, Loreen Amann and Jean McRae; and brother in-law John McRae.
Many thanks to the staff of the Gladstone Care Home, Southern Health Home Care, and Portage District General Hospital for their time and care, and to Vivian, Randy, Kody, and Carro who provided love, support, a home, and ongoing care in Mom's final years.
Marie was born in Neepawa and raised on the McLennan family farm near Helston, MB with sisters Shirley-Ann and Carol, and brother Don. She attended elementary school at Burton School in Helston and high school in Gladstone, followed by Normal School (teaching college) in Winnipeg. She taught in Katrime, Portage la Prairie, and Keyes and met her future husband Grant while teaching in Katrime. Together, they settled into life in Gladstone to work and raise a family of three children. In addition to being a home-maker, Marie boarded young teachers and provided day-care to many children within the community. She worked as the bookkeeper of Grant's Repair and the Texaco service station for more than ten years, and afterwards spent time as a waitress and cook in various restaurants in Gladstone. Later in life, she obtained her home care practitioner certificate and provided care to many seniors in the community while also working for Statistics Canada where she travelled to areas in the vicinity of Gladstone meeting and interacting with many people.
Marie was respected and involved in the community, having served as a longtime Girl-Guide leader and 4-H instructor of arts and crafts and home economics. She was a member of many community social groups and was an avid gardener and baker, winning many awards at the Gladstone Agricultural fair. She spent many hours planning, planting and maintaining her imaginative and colorful garden, which covered a substantial portion of the yard, and which won awards during community garden tours. Marie had many other interests including arts and crafts, researching and recording family history, and following the Canadian curling scene. Marie was very involved in her children's activities encouraging them to excel at whatever they tried. In Marie's later years in life, despite coping with deafness and dementia, she maintained her sense of humor and her love of family and gardening. She will be missed in the community she called home for so many years.
In lieu of flowers, in-memoriam donations to the Alzheimer's Society of Manitoba (alzheimer.mb.ca) would be appreciated.
Cremation will take place and a funeral service will be held on Thursday, May 5, 2022 at 2:00 p.m. at the Gladstone United Church.


On-line condolences may be shared on Marie's obituary page at www.ClarkesFuneralhome.com