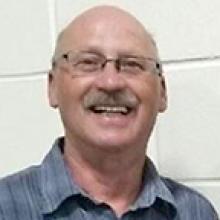 
It is with heavy hearts that we announce the passing of our beloved husband, father, grandfather, brother, uncle and friend. Douglas Wayne MacDonald suffered a stroke at home on the evening of Monday, April 11, 2022 at 74 years of age.
He is survived by his wife of 49 years, Margaret, (Maggie to him); sons, Shawn (Char), David (Aaron) and Trevor (Angela) and grandchildren, Matthew, Katlyn (Maddy), Julie (Scott), Alyssa, Nathan, Kaleigh (Quinton) and Reese; sisters, Edie (Richard) and Tracey (Bill); as well as numerous cousins, nieces, and nephews. He was predeceased by parents, Blair and Josephine; stepmother Lois; sister Jean and brother Ron; in-laws, Bill and Mae Zelisko and brother-in-law Marcel.
Doug was born on September 26, 1947, in St. John, New Brunswick, Canada. He was the second of four children born to Blair and Josephine MacDonald, although another sibling would join the family many years later, when his father remarried. Doug was often serious and reserved while growing up, but those who knew him well, knew that he did not stay that way. He was a hard worker and always had a job and a little money in his pocket, which he often shared with his younger siblings.
Doug graduated from Tec-Voc High School in 1966. Within several years, he met his sweetheart and soul mate Margaret Zelisko. They married on October 28, 1972, about a month after his 25th birthday, as he was determined not to settle down before turning 25. They decided to settle in the Interlake region of Manitoba to raise their family of three boys. Doug was so proud of his boys, daughters-in-laws and grandchildren, loving them unconditionally and wholeheartedly supporting their life choices and career paths.
Doug worked for several years at Plastic Films in Winnipeg before accepting a position at the Varta Battery Plant in 1975, where he stayed until their eventual shutdown in 1990. Later, he found meaningful work at the Co-op Gas Bar in Teulon and was still working there right up to the day of his passing. Known for his easy charm and quick wit, he loved to "hassle" his regulars at the pumps, dispensing his own special brand of banter. The sort of banter where you could get a dirty joke and a wink one minute and a warm hug the next.
A funeral will be held at the Teulon Rockwood Community Center on Saturday, April 30, beginning at 11 a.m. The family invites all who would like to attend to join them in celebrating Doug's life.
In lieu of flowers, donations can be made to the Heart and Stroke Foundation.