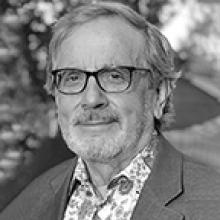 
Dr. David Gaétan Patry was a brilliant neurologist, a respected Clinical Professor at the Cumming School of Medicine, an adored husband, father, grandfather, brother, and uncle, a hilarious storyteller, and an enthusiastic hobbyist. It is with great sadness that we announce his passing in Calgary, AB, at home with his family by his side, on Friday, April 15, 2022. He was 77.
Dave was born in St. Boniface, MB, the eldest of four children of Gaétan and Joan Patry. He graduated in Medicine from the University of Manitoba in 1969. After medical school, he pursued post-graduate training in Internal Medicine at the University of California (Irvine) and Neurology at McGill University Montreal Neurological Institute. In 1983, Dave was recruited to the University of Calgary where he would join the MS Research Clinic and the UCMG Cognitive Assessment Clinic. He accepted the role of Site Lead at South Health Campus in 2019. Dave was a principal investigator or co-investigator in over 100 clinical trials evaluating the efficacy of treatments for Multiple Sclerosis and Alzheimer's disease. He was also part of numerous committees and received several accolades for his outstanding work including the Academic Faculty Mentoring Award from the University of Calgary. He was known for his intellect, kindness, curiosity, and humour. He lived an exceptional life filled with a large and loving family, meaningful friendships, academic prowess, and adventures around the world.
Dave will be deeply missed, cherished, and celebrated by his wife Beverly; his children and their partners, Michelle, Allan, Jonathon, Andrea, Emily, and Joel; his grandchildren, Jessica, Daniel, Shyloh, Matthew, Ella, Lila, and Linden; his siblings, Patrick, Gaétanne, and Gloria; as well as his extended family and friends. Dave was predeceased by his parents, Gaétan and Joan Patry, and son Michael.


Condolences, memories, and photos may be shared and viewed at www.McInnisandHolloway.com