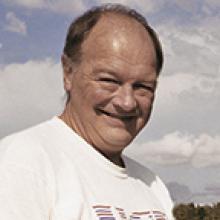 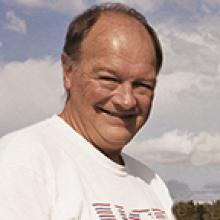 
After prolonged illness, Paul Paterson died peacefully on April 23, 2022. His stepson Philip Heidenreich was by his side. Paul was the beloved husband of Dr. Rosmarin Heidenreich, dear father of Erica Forsyth (Brad), Petaluma, California, and Christopher Paterson, Winnipeg, loving stepfather of Stephanie Heidenreich (Amy), Toronto, and Philip Heidenreich (Alicjia), Edmonton, and "Ba" to grandsons Benjamin and Reid Forsyth and Adam and Andrew Paterson.
He is also survived by brother Michael Paterson, Mississauga, Ontario, sisters Angela Wakeford (Jim), Port Perry, Ontario, Tricia Karpfen (Mike), Durango, Colorado, brother-in-law Karl Peters, Thailand, and Sylvia Paterson, Toronto, as well as nieces, nephews and cousins. He was predeceased by his parents Donald and Ruth Paterson.
Paul was born in Hanover, Ontario, where he spent an idyllic childhood, with all the freedoms of a small-town mid-century Ontario boyhood, which he often recalled fondly. An accomplished athlete, he excelled at hockey, and also played on the high school football team.
He obtained a degree in Music at the University of Toronto, and enthusiastically participated in the lively music scene that was emerging in the city at that time. During his university years he took up canoeing on Lake Ontario, winning trophies and awards for the Burlington Canoe Club.
After graduation Paul taught music in the Peel school system, soon becoming music supervisor for the entire division. He took a year off for further study in his field, and earned a Master of Music Education degree from Ithaca College, New York. In 1974 he was recruited to join the University of Manitoba's School of Music, where he taught until retirement in 2007. During his tenure he was responsible for introducing an integrated music education programme, and he also conducted the university orchestra. Paul proved to be a strong leader: he served a term as Director, and then several terms as Associate Director of what is now the Desautels Faculty of Music. He contributed significantly to the music community outside the university as well, serving as a director of the Winnipeg Symphony Orchestra and the Winnipeg Singers.
Paul was always a gracious and welcoming host. At the many social gatherings at his and Rosmarin's capacious house on Oxford, adult guests will remember his seemingly bottomless pans of seafood paella, and children who visited will recall the little "boats," glass custard dishes with candles in them, that he would sail in the pool at dusk to amuse them. All will remember his wit and sense of fun.
Summers were for "messing around in boats." He and Rosmarin had a second home on the Paros, his sailboat on Lake of the Woods, Ontario, where they also often welcomed guests.
Paul and Rosmarin were intrepid travellers. Among their sojourns abroad, Paul counted as highlights the three months spent on the Baltic in Germany, and the three-month stay in Vienna, city of art and, above all, music.
Paul's was a loving presence, and his loyalty and support for those close to him were unwavering. He will be dearly missed.


May the earth rest lightly upon him.


A memorial service for Paul will be held Friday May 6, 2022 at 7:00 p.m. at the Unitarian Church in Winnipeg, 603 Wellington Crescent. We ask that all who attend wear masks. Interment at Brookside Cemetery will take place at a later date.


After prolonged illness, Paul Paterson died peacefully on April 23, 2022. His stepson Philip Heidenreich was by his side.
Paul was the beloved husband of Dr. Rosmarin Heidenreich, dear father of Erica Forsyth (Brad) and Christopher Paterson, loving stepfather of Stephanie Heidenreich (Amy) and Philip Heidenreich (Alicjia), and "Ba" to grandsons, Benjamin, Reid, Adam and Andrew.
Memorial arrangements and longer notice to follow in Saturday's paper.