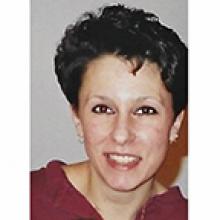 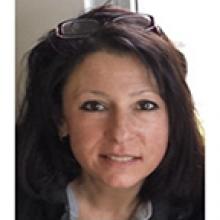 
Peacefully, on Wednesday April 20, 2022 after a brief illness, Donna passed from this life at the age of 54 with her husband and son by her side.
She was predeceased by her mother Rosemarie (Ruth) (2013), her father Dominique (Dom) (2016), and her mother-in-law Sonia Romaniuk (2016). She leaves to mourn her passing her husband of 28 years, Greg Romaniuk, their son Brandon, and extended family members too numerous to list, and according to Donna, too expensive to mention individually.
Donna was born and raised in Winnipeg's North End. After graduating from St. John's High School in 1985, she tried one year of post secondary education at the University of Winnipeg, but it was not her cup of tea. Donna loved to cook and bake and took a night course through RRCC, receiving a diploma in Commercial Baking.
Donna started working at Holy Family Home in 1983 as a casual employee and worked her way to part-time and eventually full-time status. She started in the kitchen (Dietary). While at Holy Family, she became close friends with three young men who she said would be her bridesmaids when she got married; she was disappointed that she had to give up the idea because the boys could not agree on a dress that they all would wear! Donna eventually left Dietary to work in Housekeeping, and later became a Supervisor in Laundry Services. After 37 years of service to Holy Family Home, Donna officially retired January 1, 2021.
The family would like to thank the staff at Victoria General Hospital Urgent Care, St. Boniface Hospital Intensive Care Unit, and Grace Hospital Intensive Care Unit for the quality of care she received at these facilities.
As a strong Catholic, Donna appreciated Father Moïse Adossou visiting her at the Grace Hospital to pray on her behalf and administer Sacrament of the Sick.
A celebration of Donna's life will be held on Saturday, May 7, 2022 at 11:00 a.m. at Korban Funeral Chapel, 907 Main Street, officiated by Father Sam Argenziano.
A private interment will be held for Donna for immediate family only, at her request.
Flowers are graciously declined. A donation to a charity of your choice may be made on Donna's behalf.