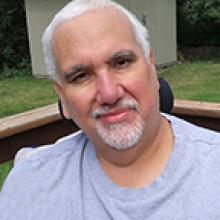 
All to soon Gene had to leave us on Monday, April 25, 2022, at the age of 58.
He was predeceased by his mother Agnes Still, father John Still in 1999 (Winnipeg), his brother John Still in 2017 (Stonewall), and his daughter Jacqueline Cannizzaro in 2021 (Carman). He leaves to mourn his wife of 22 years, Joyce Still, son Chris Fehr, son Phillip Fehr, mother-in-law Alberta Horsman, sister Sue (Dale), sister Margaret (Rick), and grandchildren: Jaimin Ranger, Jordan Fehr, and Jaylin Fehr many nieces and nephews, and extended family members, friends, and colleagues too numerous to mention.
A private family service will be held at a later date.