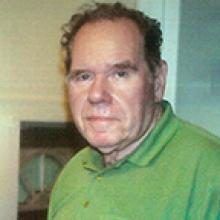 Suddenly on Friday, April 22, 2022, on a work related trip, Bruce passed away.
He is survived by his partner Richard Buck; brothers, Lou and Roy Mantle and sister Mary Louise in Ontario. He was predeceased by parents, Llewellyn and Ivy Mantle and sister Ruby MacMillan and brothers, Carman and Lee Mantle.
Bruce was born in Melbourne, Ontario and moved to Winnipeg in the 60s. Bruce was a true "Jack-of-all-Trades". He and Richard formed a company called TechPro and with their combined knowledge of metal work, woodwork, leatherwork, electrical, computer and musical expertise they, for the past 50 years, installed, serviced and maintained Pipe Organs in churches in Northwest Ontario, Manitoba and Saskatchewan.
A memorial service will be held in Selkirk, Manitoba at the Selkirk United Church, Sunday, May 15 at 3:00 p.m. and at a later date, interment in Dutton, Ontario.


The service will be livestreamed
via a link in his obituary at www.gilbartfuneralhome.com