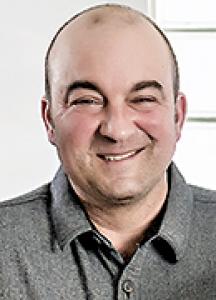 DONOHOE: It is with profound sadness we share the sudden passing of James Blake Donohoe, father of Ryan, on Friday, May 6, 2022, at the age of 49 years. Jamie was born in Brandon, Manitoba on February 28, 1973, to Garry and Garda Donohoe, their first of four children and only son. He grew up on the family farm, Donfield, just west of Brandon and called it home his entire life. Jamie attended Fleming Elementary, Earl Oxford Junior High, and later graduated from Crocus Plains High School in 1991. He grew up playing hockey in the winter and soccer in the summer, but nothing made him happier than spending time working with his dad and uncles on the family dairy farm. Jamie loved his cows and had no problem getting up early in the morning for milking and chores. He never felt he worked a day in his life as he truly did what he loved. Donfield, established in 1970, is one of the few dairies left in Westman, milking 75 cows and farming 2000 acres of farmland and really was Jamie's pride and joy. Just last year, Jamie was honored with the prestigious third Master Breeder Shield from Holstein Canada for the dairy herd, the second time it was awarded to a farm in Western Canada. Jamie showed his dairy cattle across Canada, earning numerous trophies and banners. Recently, Jamie began his own purebred Black Angus herd and was learning life as a beef farmer as well. Jamie grew up an avid member of the Brandon 4-H Dairy Club and represented Manitoba at the Western Canadian Classic, an annual show for up-and-coming dairy farmers. Once his youngest sister was old enough to be in 4-H, Jamie served as a 4-H leader. He was President of the Keystone Holstein Club, volunteered as a Manitoba Holstein branch director, and was an Official Dairy Show Judge in Canada. Summers were spent farming, watching endless Blue Jay baseball games and attempting to perfect his golf game. During the winter, Jamie could be found at Wheat King games meeting up with friends and hoping to watch the next Marty Murray. He also happily participated in the ever-famous Annual Roseland Bonspiel and other community fundraisers. Jamie loved his only son, Ryan and would beam proudly when he talked about all his accomplishments. Jamie always looked forward to going to his hockey games. As Ryan got older, they attended cattle shows and sales across the prairies together, sharing their love of farming. Left to mourn Jamie's passing with Ryan, Garry and Garda are his sisters Gari–Ellen (Ramon), Tara-Lyn (Tom), and Kate-Lee (John); nieces Molly, Hannah, Olivia, Kara and Angela; nephew Jack and a large extended family. He was predeceased by his grandparents, Blake and Ellen Donohoe of Brandon and James and Grace Winton of Vancouver. Jamie's family would like to thank those who had checked in to see how he was doing over the past several weeks. They would also like to thank friends and neighbors who have reached out to help with the farm and to the many others who have sent condolences during this difficult time. The family will cherish Jamie's memory privately.