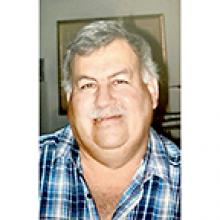 
With sad hearts we announce the passing of our brother and uncle, George, in Abbotsford, BC.
He is survived by sister Christine (Raymond) Andrusiak of Winnipeg; brother Larry Scott's son Sheldon (his daughter Brenda and her daughter Olivia); Sheldon's youngest daughter Faith; also brother Larry's daughter Sherri (her sons, Albert and Nathaniel) all of Winnipeg; brother Wm. (Bill) Scott of Broadview, SK (his daughter Crystal [Kevin] Zepick and their sons, Brody and Luke of Kipling, SK); sister Diane Ruesgen (Roland) of Kelowna (their daughter Megan [Toby] Lindsay of Kamloops) and their son Jesse of Kelowna; brother Brian (Linda) Burke and daughter Cassidy of Abbotsford. As well, many cousins and friends.
George was predeceased by his father Douglas Jack Burke (1989); mother Josephine Marie Burke (2020); brother Larry Scott (2007); brother-in-law Raymond Andrusiak (2017) and nephew Justin Scott (1996).
George was born in Brandon, Manitoba and went to high school in Winnipeg (Transcona). In 1985 he moved permanently with his dad and brother Brian to Abbotsford, BC. For approximately 20 years George was a member of the Abbotsford Flying Club and much enjoyed the camaraderie as well while volunteering at the Annual Air Show. In later years, though he dealt with many health issues, his faith in the good Lord never wavered.
Cremation has taken place and arrangements are pending for a private family graveside service in Brookside Cemetery, Winnipeg.
In lieu of flowers, donations may be made to Diabetes Canada; the Heart and Stroke Foundation or charity of your choice in your area.