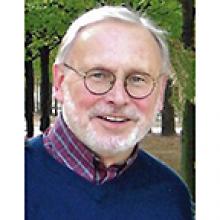 
Ray passed from his world on May 4, 2022, just days before his 78th birthday.
He was an essentially gentle soul, a practising Bhuddist who once said he had been preparing his whole life for his death. Ray's early years sensitized him to death at a very young age. He was five years old when his sister died, 16 when his father died, and 32 when his last remaining sibling died tragically. Always a spiritual seeker, Ray completed degrees in Theology, as well as Anthropology. He even entered seminary life until he recognized that celibacy was not for him. Ray eventually found the scaffolding he was looking for in the teachings and practice of Tibetan Buddhism; a tradition that proved to be a perfect fit for his essential character
After working in the field for a few years, Ray completed a Masters of Social Work. His passion was working with families, and he spent decades working for Child and Family Services. He was intrigued by, and committed to, the potential and promise of the people the agency served. Ray was a treasured teacher to those he supervised, and colleagues sometimes wondered what he put in his coffee to fuel his ever present enthusiasm for the work.
Despite his quiet nature, Ray was extremely funny. He appreciated and shared a dry wit, as well as a love of all things goofy and slap stick. His own enjoyment of some of his Dad jokes was infectious, causing others to join in....despite their more discerning tastes.
There was never a more patient and loving father than Ray. He was committed to his children Emily and Calin, and a loving bonus dad to stepdaughter Andrea. Ray married twice: first to Liz Adkins, and later to Elizabeth Payne. Ray put up with ten years of dating before Elizabeth agreed to a formal merger. Opposites in many ways, Ray brought a softness and emotional home to Elizabeth's life that changed her for the good.
Ray had to adapt to many losses over the last number of years, including impaired vision, decreased mobility, chronic pain, and most recently, a diagnosis of advanced cancer. Through all of it, he barely registered a complaint; his gentle and open spirit lighting the way for his family and those who cared for him.
Ray is survived by his partner Elizabeth Payne; children, Calin Adkins-Taylor, and Emily Adkins-Taylor (Rob Fletcher); star grandsons, Henry and George; bonus daughter Andrea del Campo (Philip Mikulec); and his former partner Liz Adkins. Not to be left out (of anything) are Ray's canine kids, Marj and Doris.
Ray and Elizabeth are so grateful for the bounty of generosity and kindness offered to them by friends and colleagues. The reality that goodwill begets goodwill never disappoints.
A gathering will be held at a later date to share remembrances, and to celebrate Ray.
If you would like to share a message or a remembrance of Ray with his family please visit his tribute page at EthicalDeathCare.com.