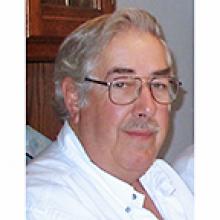 
With sadness, we announce the passing of Howard on May 8, 2022.
Survived by four children, Dawn, Katie (Mike), Sharon (Terry) and Doug (Liza); nine grandchildren; and five great-grandchildren. He was predeceased by his wife Gail, and his son-in-law Gordon.
Howard served 20 years in the RCAF as a mechanic before retiring and starting a second career with Parks Canada. After his retirement from Parks Canada in 1995, Howard kept active with numerous clubs. In the late 1990s, he combined his passions for fishing and children through Fishing for a Cure in Selkirk. He also spent many hours playing cribbage at Anavets or at the Woodhaven Men's Shed, where he also enjoyed the comradery of others while working on various projects.
As per his wishes, cremation has taken place. A memorial service and celebration of life will be held on his birthday, July 11 at 11:00 a.m., in the chapel of Voyage Funeral Home, 220 Hespeler Avenue, Winnipeg Manitoba.
In lieu of flowers, if friends so desire, donations may be made to the Woodhaven Men's Shed or Winnipeg Humane Society.