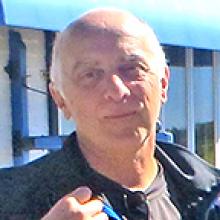 Jeffrey (Jeff) Lee Hunt of Winnipeg, MB passed peacefully at the age of 68, with his wife and son at his side at St. Boniface Hospital. Jeff had pre-existing conditions complicated by COVID.
Jeff will be greatly missed by his wife Cheryl Ann Slack and son Dylan Jeffrey Hunt. Also left to mourn are his sister Liza Hunt and her two children, Daniel (Danny) Hunt and Corrine (Corrie) Hunt and his brother Wayne Hunt with his wife Dolly and their daughters, Debbie Paguandas, Gail Hunt and Dawn Hunt. He is also survived by his mother-in-law Katherine Slack (Koenning); Cheryl's siblings; their spouses and partners; as well as their children and grandchildren. His father-in-law Milton Slack predeceased him.
Jeff was born in Sudbury, Ontario and in 1960 he, his sister Liza and his parents, Ronald (Ron) Hunt and Marion Hunt (Bricker) (both predeceased) became Thompson, MB pioneers. Jeff attended Number One School, where he met his wife-to-be Cheryl in 1961, when she moved to Thompson with her family. They did not date at the time, that happened in high school.
Jeff discovered playing guitar at a young age and fell in love with the instrument. He became a very proficient player of blues and rock guitar and was a lover of music. Eric Clapton will miss his number one fan! He also took time to learn guitar building and was working to perfect his skills.
Scuba diving was another of his passions. He enjoyed several dive trips to the Caribbean with his wife and son after attaining his PADI certification in the icy cold waters of West Hawk Lake in Manitoba.
Jeff was a quiet man, but his great sense of humour would shine through to all who knew him. He liked to cook for his family and would BBQ in the summer. Every Halloween, he would cook a spectacular seafood filé gumbo with homemade cornbread for Cheryl, Dylan, Nina Slack (Cheryl's sister) and Todd Pluchinske (Nina's Husband).
After Jeff graduated from R.D. Parker Collegiate in Thompson, he went on to study at Red River Community College in Winnipeg. He repaired televisions for several years and then furthered his knowledge and built a career in technology and project management. His last places of employment were Direct Focus Marketing and IC Group, where he made many good friends and enjoyed working with his brother-in-law Todd Pluchinske.
In keeping with his wishes, cremation has taken place and his family plans to scatter his remains in the Thompson, MB area at a later date.
Our family would like to thank the PD Unit and all the healthcare staff at the St. Boniface Hospital and the MICU staff at Health Sciences Centre.
In lieu of flowers, please consider making a donation in Jeff's memory to The Kidney Foundation of Canada (website: https://kidney.ca)