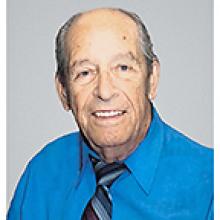 
It is with great sadness that we announce the passing of Philippe Lambert, age 91, on Friday, May 6, 2022. He was born on August 17, 1930, in Ponteix, Saskatchewan, to Emile and Georgina (Savard) Lambert.
Philippe is survived by his loving wife of 62 years, Doris (Morin); his children, Claude (Leslie), Monique (Brad), Simone, Carole (Terry), and Joanne (Dave); his grandchildren, Darryl (Amanda), Justin, Brittany (Bryan), Aaron (Mackenzie), Nicole (Jesse), Kevin (Keena), Carolyn (Dan), Randy, Melanie, Alex, Stephanie, Christian, Mathieu; his great-grandchildren, Kieran, Maverick, Ellianna, Brayden, Lucas, Claire, and Frederick; and numerous nieces and nephews.
Philippe is also survived by his brother Benoit Lambert; and brothers-in-law, Lou Morin (Karen), Oliver Morin (Lois), Perry Morin (Marge) and Donald Norcott. He was predeceased by his father Emile and mother Georgina; father-in-law Paul Morin; mother-in-law Blanche Morin; sisters, Emilie Lambert, Florence Lambert and Suzanne Riezebos; brother-in-law Andy Riezebos; sisters-in-law, Lilianne Lambert, Diane Norcott and Doreen Morin; and grandson Jared Daoust.
Phil grew up in La Broquerie and enjoyed playing fastball. As a young adult he moved to Winnipeg and started his career at Dominion Bridge as a crane operator. Later he met and married Doris. Dad's love for the outdoors led to many family camping adventures. When the kids were grown, he built a cottage in Lac du Bonnet and was happiest puttering around outside from sunrise to sunset. Dad's retirement years were spent at the cottage. He always kept the bird feeders full and enjoyed watching the birds come to feed. His smile lit up the room when his grandchildren came to visit. As a long-standing member of the Knights of Columbus, Dad devoted his time to helping many charities and also volunteered at l'Auberge du Violon during the Festival du Voyageur for many years.
Heartfelt thanks to the entire Actionmarguerite Saint-Boniface team for all their extraordinary care and compassion during his stay. Words cannot express our gratitude.
Cremation has taken place and a private family gathering will be held at a later date.
Flowers gratefully declined. If desired, donations may be made to the Actionmarguerite Foundation: