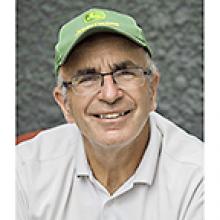 
On Wednesday, May 11, 2022, Mark Edward Patrick Jordan (Mark) of Winnipeg, passed away at the Grace Hospital at the age of 69 years after an aggressive bout of pneumonia and a lung cancer diagnosis.
Mark is survived by his wife of 36 years, Trish, as well his son Patrick, both of Winnipeg as well as his brothers, Peter (Kathy), Steven (Tracy) and nieces, Sarah and Laura Jordan all of Ottawa; his brothers-in-law, Paul Irvine (Catherine May) and niece Sara Irvine of Fort Worth, TX; and Bruce Irvine as well as niece Rhys Irvine and nephew Trevyn Irvine of Calgary, AB.
He also leaves behind his mother-in-law, Audrey Irvine, who spent many winters with him in Arizona after his retirement in 2013. He was always kind, gentle and patient with Audrey at every turn.
Mark was predeceased by his parents, Laura and Charles Edward Jordan and his father-in-law James Walter Irvine.
Mark was born in Ottawa, Ontario on March 17, 1953. He attended college in Ottawa where he studied recreation management at Algonquin College and later turf management at the University of Guelph. It was on a work placement at Montebello Resort in Quebec that Mark found his love for, and career in, turf management and golf courses. After graduation, he travelled out west to Alberta when offered a summer job at the famous Banff Springs Golf Course. He later worked at Radium Golf Resort in Radium, BC as an assistant golf course superintendent and landed his first head superintendent job at Shawnee Slopes Golf Course in Calgary in 1984. Following a career dream to one day build a golf course from scratch, he was instrumental in helping build and grow-in Fox Hollow Golf Course in Calgary. He even solicited the assistance of his then three-year-old son to help "feed" the gophers!
After moving to Winnipeg in 1996, Mark worked at Niakwa Golf and Country Club; Bel Acres Golf Club and Rossmere Golf and Country Club. Post-retirement, he loved teaming up with his good friend Jim Barr, and "working" part-time at Wildewood with a great crew of new characters who all became very close friends. Mark was a former president of the Manitoba Superintendents Association, sat on the advisory board for the turf management program at Red River College and served as the chair of the selection committee for the Manitoba Golf Hall of Fame.
Mark was an excellent athlete and played many sports over the years including football, hockey, golf, baseball, squash, tennis and racquetball. He also loved to watch baseball and enjoyed talking/arguing baseball with his father-in-law, Jim, particularly when it came to the Blue Jays!
Mark was an incredibly hard and conscientious worker and instilled this work ethic and responsibility in his son, Patrick, whom he loved very much and was so proud of. He would often intervene with patience and kindness when he thought Trish - the overzealous mother - was being too hard on Patrick. And although he would never admit Patrick inherited any of his classic, good character traits, there is no doubt Patrick learned patience, kindness, and willingness to help from his dad. Mark was particularly impressed that Patrick was able to figure out his sump pump set-up without his help when the snow and rains hit this spring and threatened to flood Patrick's basement. His patience and demand for discipline also made Mark a great coach when he started coaching Patrick's hockey teams at Dakota Community Centre.
Mark was always a "working" superintendent and never quite adjusted to Trish's suggestion to wear dockers and a golf shirt to work so he "looked the part" of a management professional. One day coming home with grease and dirt all over his clothes she gave up and became resigned to the fact he would wear overalls and rubber boots and jump into the mud pits created by broken irrigation pipes, work alongside the tree-pruning crews and generally pitch in and grab a shovel or a rake, just like the rest of the turf management team. Mark was just one of the guys, not a boss, and he built so many lasting and special friendships during his career.
More than anything, Mark will be remembered as a helpful and loyal friend to so many in Calgary, Winnipeg and Arizona. Mark would do anything for anybody - constantly offering his advice, support, working hands and labour to anyone who would ask. Whether it was helping to change a lightbulb, setting up Christmas decorations, doing somebody's lawn and yard work or loaning his truck to others - he would always say "yes" to any ask for assistance. All offers were given with no expectation of anything in return. As one friend described him, "I loved that man. He was a perfect soul."
Sadly, in the end, his favourite mantra of "No good deed goes unpunished" seemed to come true when it came to Mark's sudden change in otherwise excellent health.
A special thanks to Ray Savard, Jim Barr and Mike Gierek who made the effort to cheer for Mark in his last weeks, taking him out for lunches with oxygen tank in tow! I am sure he was devastated he couldn't quite make that last tour around the golf course as planned. You will never know how much he appreciated your friendship and care.
At Mark's request, cremation has taken place and there will be Celebration of Life at a later date.
In lieu of flowers, donations can be made in Mark's name to the Manitoba Golf Hall of Fame and Museum at www.golfmb.ca/donate/


To view this obit and to leave a condolence go to www.kilcollinscremationservice.com