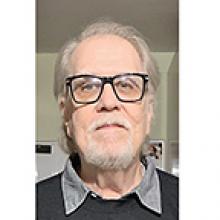 
It is with heavy hearts that we announce the passing of Robert (Bob) Wayne Markewitz on April 25, 2022.
Bob was predeceased by his parents, Joseph and Levia Markewitz; and brother-in-law Dave Williamson. He is survived by his sisters, Bev, Linda (Hue); and brother Terry (Sue), and numerous nieces and nephews who will dearly miss him.
Bob grew up in Scarborough, Ontario and moved to Winnipeg in 1975. He enjoyed his job as an accounts manager for H&R Block for a number of years. Bob was an avid sports fan and loved doing family genealogies.
Bob enjoyed his family and always looked forward to family gatherings.
In lieu of flowers, donations in Bob's memory may be made to the Manitoba Heart and Stroke Foundation.
A funeral service will be held on Tuesday, May 17, 2022, at 10:00 a.m. at St. Nicholas Ukrainian Catholic Church, 737 Bannerman Avenue.
The service will be live streamed on Tuesday, May 17, 2022, at 10:00 a.m. You may access it by going to Korban Funeral Chapel's website homepage (www.korbanchapel.com) and clicking on the Facebook icon on the top left-hand corner which will redirect you to the Korban Funeral Chapel Facebook page.