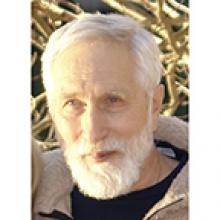 
It is with great sadness we announce the passing of a family treasure. Ron passed away peacefully at home with his dearly beloved wife Margaret.
Cherished father of Jeff (Nancy), Lorelle (Ben), and Raquel (Ron). Adored Gramps to his eight grandchildren, Aleksandra, Jenna, Megan, Victoria, Kaitlyn, Krista, Christiaan, and Nicole. Loving brother to Stan (Ev), Carole, Marnie (Martin) and fondly remembered by numerous cousins, nieces and nephews. Predeceased by his parents Peter and Carolyn Schriber.
Ron grew up in Transcona where he joined Sea Cadets and began to play the trombone at 12 years old. He attended the University of Manitoba, studying Electrical Engineering and began his career at the Canadian National Railway (CNR). He was later transferred from Transcona to Toronto where he had three children with their loving mother. He joined the Toronto Board of Education as Superintendent of Maintenance and later completed his Masters in Education at University of Toronto. He continued his involvement in Sea Cadets and later became Commanding Officer of the R.C.S.C.C Illustrious, in addition to Lieutenant Commander in the Naval Reserve. During his tenure he led various initiatives including the Duke of Edinburgh program which impacted so many young lives. He was an Associate with the Governor General Horse Guards (GGHG) and performed with the band throughout the province. At a band rehearsal, Ron met his future soulmate Margaret and they were married in 1996. Ron retired from the board at 58 years old to begin the next chapter in life.
He was never busier than during his retirement. He stayed with the GGHG, taught sailing at HMCS York, travelled the world with Margaret, led the Mississauga Swing Band, and played in several different bands. His most important role in retirement was as "Gramps". He developed unique bonds with his children, and eight grandchildren, teaching them that they could do anything if they worked hard. He shared his love of outdoor adventure, his patience at solving puzzles, and his love of the water with everyone he met. He treasured his Ukrainian background and shared traditions with his family. He will be remembered for his dance moves, big tight hugs, and his signature "Hello". He will be dearly missed and fondly remembered.


A Celebration of Life will be scheduled in the future with close family and friends.