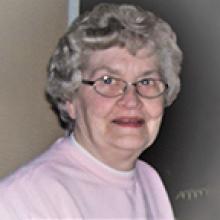 
It is with great sadness that we announce the passing of Beatrice "Bea" McIlraith (nee Lamond), on May 6, 2022 at the age of 83, after a short battle with lung cancer.
Predeceased by loving husband of 54 years, Doug, she is survived by son David (Audrey); daughters, Christina, Cathy (Stu) and Janet (Phil); dearly cherished granddaughters, Hélène and Gabi; brother Bob Lamond; brother-in-law Bob Hausegger; nieces and nephews, and good neighbours and friends. She is also predeceased by her parents, Cecile and Robert Lamond; and sister Barbara Hausegger.
Mom was the youngest of three, born and raised in Fort Rouge. In 1955, after graduating from Kelvin High School, she joined the Canadian Broadcasting Corporation (CBC) in television in Winnipeg. Her job later took her to Edmonton, where she met and married Dad, who was also working at CBC TV. Mom continued at CBC until 1965 and moved back to Winnipeg with Dad in 1967 where they raised their family. As devoted mother, she enjoyed preparing meals for family gatherings and baking with and for her granddaughters. She was thoughtful and generous, never missing an anniversary or birthday and ensuring everyone got their favourite Jeannie's cake. Mom also loved gardening and chatting with longtime neighbours over the fence. She enjoyed her daily dose of crossword puzzles and card games and was an avid reader. Like Dad, Mom was a sports fan and enjoyed watching TV - baseball, hockey, curling and tennis. Mom noted that she had a good long life, with treasured travels to Hawaii, the Caribbean, and across Canada including, in later years, annual trips to Kelowna with Dad to meet up with his sister. Above all, Mom was grateful for her family - for the joy shared, for her granddaughters (a "dream come true") and, over the last months of her life, for the loving 24/7 in-home care provided by her daughters. She had a very kind heart and will be dearly missed by all who knew and loved her. We're comforted by the thought that she's with Dad now, enjoying a rousing game of "Spite and Malice"!
Special thanks to CancerCare Manitoba and the staff on Unit 2, third floor at Seven Oaks Hospital for their compassionate care.
According to Mom's wishes, cremation has taken place and interment at Chapel Lawn Funeral Home (4000 Portage Ave.) will take place on a separate date in June.
In lieu of flowers, if so moved, a donation "in memory of Beatrice McIlraith" may be made to CancerCare Manitoba Foundation either online or at 1160-675 McDermot Avenue, Winnipeg, MB R3E 0V9.