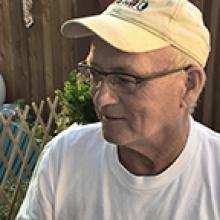 
It is with profound sadness we must announce the passing of Patrick Corrigan on May 16, 2022 at 74 years old.
Pat (Paddy) will be lovingly remembered by his wife Christina, their children, Neil (Mindy) and Patrick, Owen, Colin, Michael, Molly; Sheila (Hammy) and Avell, Alita; Jennifer (Jason) and Emily; Annie (Hudson) and Dylan, Ella; and also his dear mother-in-law Edna Eidse. Mourned by his younger siblings, Lynn (Peter), Lyle (Janice), and sister-in-law Grace, he now joins his parents, Owen and Margaret, his siblings, Sheila (Peter) and Brian - may they all rest in peace.
Born in 1947 in Regina, Saskatchewan, he grew up spending summers helping out on the farm, playing hockey and avoiding chores. He tried out teachers college and Transport Canada but eventually ended up in the bank, where an amazing group of bankers became the most incredible group of friends. In 1967 he found Christina, they married in 1969 and slowly transferred their way through Saskatchewan and Manitoba. Neil arrived in Thompson in 1974, a few short years later they found their first and only home in Winnipeg, Manitoba. Sheila arrived in 1978, then Jenny in 1980, and last but not least Annie in 1983.
As a family, there were countless road trips to visit family throughout Canada and the United States. Many camping trips to his old stomping grounds of Kamsack, Saskatchewan. Each trip included, not always on purpose, a bit of a scenic route to get there. Golf tournaments each summer allowed the bankers to stay close, let loose, and watch all of the families get closer together.
Later in life, Pat left the bank to get his hands dirty in demolition. This change, while drastic, was so good for him. It kept him busy, expanded his already enormous network of friends and most of all up, active and productive. Semi-retired, (retirement was too boring) he spent some days organizing and cleaning the shop, driving from job site to job site and the rest of his time doing what he did best - being an amazing husband, father, grandfather and friend.
Christina and Pat loved to vacation in Mexico, took a walk on the Great Wall of China, and made it to Ireland to kiss the Blarney stone. Like partners in crime, she cooked up ideas and he happily obliged the adventures and outings both near and far. He watched his children grow up, get married (most anyways) and start families of their own. He loved his grandchildren dearly, with a particular soft spot for the youngest three.
Pat was always the first to answer the call (just have to figure out the phone), hop in the car, and help wherever help was needed. He had a beautiful relationship with his mother-in-law Edna, even though her memory is faded, she knows Pat. Gramma has needed more care with each passing year, and Pat always made sure she was taken care of.
The family would like to thank Ted, Graeme and John for everything they did. To everyone whose lives he's touched and is reaching out, we appreciate all the kind words more than you can imagine.
His integrity, honesty, compassion have taught us all to be better, and his memory and laughter will forever be etched in our hearts. We love you so much.


In lieu of flowers, donations can be made to the Heart and Stroke Foundation of Canada or a charity of your choice.
A celebration of Patrick's life will be held at 1:00 p.m. on Tuesday, May 31, 2022 at Winnipeg Evangelical Free Church, 500 Lagimodiere Blvd., Winnipeg.
Those wishing to view this obituary and join the service by livestream may do so by visiting: