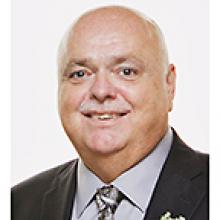 It is with great sadness that we announce the passing of Barry Locken, loving husband, father, and grandfather, on May 13, 2022, with family by his side.
Left to cherish his memory are his loving wife Pam, of 33 years; son Jackson (Tiffany); daughter Karly (Jordan) and grandkids, Everly, Sloan and Hunter.
Barry is also survived by his sister Brenda (Rob); brother Bruce (Sharrol); nephew Blake (Michelle); niece Melissa (Greg); father-in-law Len; sister-in-law Debbie; brother in-law Mike; uncle Roger and aunt Pat and many cousins who will miss him dearly.
He was predeceased by his parents, Albert and Dorothy Locken; mother-in-law Anita Jackson and nephew Connor Locken.
Barry was born on December 31, 1958 in Winnipeg, MB. He relocated to Nanaimo, BC with his family in the 90s, returning to Winnipeg six years ago to be closer to his children. One of his greatest joys was his grandchildren.
Barry was a true entrepreneur and a talented businessman who enjoyed a successful career as a business owner and in various roles in sales and procurement. He had incredible drive and passion that will have a lasting effect on those who knew him. He cared deeply for his family and his community. Whether it was collaborating with his neighbours and lifelong friends to found "Candy Cane lane", earning a trophy as a chilli-cook-off champion, coaching hockey, planning unforgettable company events, or renovating homes with his wife, he excelled at what he did and brought joy to others. He also loved travelling with his wife and family.
Special thanks to the doctors and nurses at HSC. In accordance with Barry's wishes, he has been cremated. A private celebration will be held to honour Barry - a man who lived life to the fullest and left us too soon.