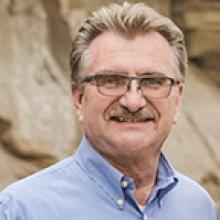 
It is with deep sadness that we announce the passing of our father, Frank Behnke, on March 9, 2022 at Sturgeon Community Hospital, St. Albert, AB, at the age of 66.
Frank is survived by his wife, Cindy; three sons, Nathan (Anne-Marie) Behnke, Matthew (Tanin) Behnke, Luke (Tanis) Behnke; 10 grandchildren, Annika, Blake, Nataya, Blair, Zaiden, Bretton, Jordan, Matia, Alexia, Nico; and his father Edwin Behnke; brother Ralph (Edith) Behnke; sister Doris (John) Reimer; brothers-in-law. Garry (Roberta) Merke, Ryan (Chris) Merke, Kelly (Kallie) Merke; sisters-in-law, Elaine, Marilyn (Gord) Walls, Audrey Merke (Cam); and nieces and nephews, Cameron, Natalie, Cody (Mandy), Dylan (Sydney), Dalton (Janaye), Amelia, Penelope (Don), Jennifer (Eddy), Tanya, Jocelyn (Harris), Aaron (Lauren), Cayla (Adrien), Alexx, Melanie (Todd), Tim (Kelsey), Danielle (Trevor), Scott (Karla), Candice (Jamie), Chantel and Lily.
Frank was predeceased by his mother Adelheid Behnke; grandparents, Lina and Gustav Buhre, Lucy and Ervin Behnke; mother-in-law Hildegarde Merke; father-in-law Otto Merke; brothers-in-law, Victor and Gerald.
Frank was born in Whitemouth, Manitoba August 27, 1955 to Edwin and Adelheid Behnke. Frank was raised on a farm; after graduating from Whitemouth Collegiate School Frank worked for Atomic Energy of Canada in Pinawa, Manitoba as a Security Guard and Fire Fighter, later Frank went to Red River College in Winnipeg, and later obtained his Trades Certificate for Mechanics. Frank then worked as a mechanic at Century Motors a Chrysler Dealership on Main Street in Winnipeg, MB. Frank met his wife Cindy and they were married May 27, 1978 in River Hills, MB, they made their home and raised their family in Peace River, AB. Frank had accepted a job in Peace River in March 1978 with Gutherie Motors a Chrysler Automotive Dealership, Frank then later worked for Page Automotive. Frank completed his Automotive Apprenticeship in 1980 and later obtained his Heavy Duty Technician Licence in 1985. Frank saw the need for a repair facility for the heavy trucks in Peace River, and this was the beginning of Best Truck Service. From there on the company grew, first acquiring the Detroit Diesel Dealership, then in 1994 Frank held the first ever Truck Show for all makes and models of heavy trucks in Peace River, AB. In 1994 Frank then acquired the Volvo Heavy Truck Dealership, and later in 2006 Frank acquired the Mack Heavy Truck Dealership. Frank was honoured to take a Team of his Volvo Technicians to Sweden to represent Canada in the Semi-Finals Global Technical Competition for Volvo Vista Tech in 2018.
March 6, 2022 marked the 40th Anniversary of Best Truck Service.
Once again, Frank ventured out and saw the need for a Truck Wash in Peace River, in 2014 he built a Truck Wash for Heavy Trucks and regular sized vehicles, Best Truck Stop and Wash. He worked diligently and was proud to be able bring this service to Peace River and make the north a place that could provide services as in south.
Frank enjoyed watching his three sons grow and learn life and skills, he was most proud of their accomplishments, and having his sons work alongside with him at work or at home or just going on motorcycles trips, fishing, camping and telling stories pleased him most, as his sons became part of Best Truck Service. Frank enjoyed travelling with his sons to business functions in Canada and the USA.
Frank loved being with his family, and he loved spending time with his grandchildren, and the special planned events like the "Cousins Retreat", this was a week long event with no parents just Grandpa and Grandma and the grandkids, all ten of them, which included backyard entertainment - from bouncy castles, water pools, golf cart races, patio time, late night movies, games of all kinds, and all the ice-cream you could eat, and some candy!
Frank is a member of the First Baptist Church, learning the Bible and its teachings knowing God loves us and provides as we obey God's word, was important to Frank. Frank served as Sunday School teacher, chaired the Property and Finance Committee, Frank served as a Navigators Board Member, drove the Navigator Coach to hockey games all over northern Alberta and trips to southern Alberta. Frank served on the Western Canadian Dealer Parts Council for Volvo Dealers.
Frank's favourite activity was fishing and camping. As a young man he towed his fishing boat behind his vehicle wherever he went, he and his friends would camp in tents and fish and return with many hilarious stories of portaging, waterfalls, wet camping, fishing stories and go back and do it all over again. Frank also enjoyed snowmobiling, motorcycling, auction sales. His greatest pleasure was his family and having family around.
Frank was a kind caring Husband, Father, Grandfather and friend. We will miss him dearly each and every day.
The funeral service for Frank was held in Peace River, AB, at the First Baptist Church on Saturday, March 19, 2022 at 2:00 p.m. Frank's funeral service can be viewed on "You Tube", search: Frank Behnke, First Baptist Church, Peace River, AB.
Chapel of Memories, Peace River, AB - www.northernalbertafunerals.com
We, the family, would like to thank everyone for being a part of Frank's life and for your thoughts and prayers and we are thankful for the gift of life God gave Frank our Husband, Father and Grandfather and Friend.