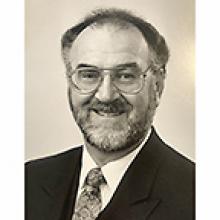 
A beautiful voice and a warm, generous heart are stilled. Alexander George Boyes died on Tuesday, May 24, 2022, in the home he loved, comforted by those he loved, and who treasured him greatly.
Deeply saddened by this profound loss are his wife of 33 years, Zyna, and his four children, Sandra (Jim), Fraser (Lila), David (Kimberley) and Carolyn (Warren) from his first marriage to Ruth Boyes (Burrows), and two grandchildren, Michael and Nathaniel Boyes. Also deeply affected by his death are Zyna's sons, Ian (Marlo) and Christopher, and Ian's son Aydin.
Born on November 21, 1934 in Brandon, Manitoba, he was the only child of Gordon Harry Boyes and Margaret Alexandria Shaw Fraser. He attended Brandon area schools in the primary years, and then lived in Thunder Bay from 1945 until 1954. He graduated from Fort William Collegiate before attending the University of Manitoba in Winnipeg, where he received undergraduate degrees in Arts and Pedagogy (1958) and a Master of Education (1971).
He spent ten summers of his youth with the McPherson family on their farm in Brandon Hills. They became a second family to him and their example of determination, hard work and the ability to meet and conquer challenges shaped the man he became.
Alex commenced his professional career in education in Beausejour, Manitoba. From 1958 to 1963 he was a teacher at Glenlawn Collegiate. He was appointed to the position of Assistant Principal of Glenwood School in 1963, and that of Principal of St. George School in 1967. In 1972 he was named Assistant Superintendent of the St. Vital School Division, where he oversaw the construction of numerous new schools. He was named Deputy Superintendent of the St. Vital School Division in 1986, served as the Superintendent of Norwood School Division from 1987 to 1998, and finally as he transitioned into retirement, as half-time assistant to the superintendent until his full retirement in 2003.
He is a Life Member of the Manitoba Teachers Society and served in many roles. These included being elected to the MTS Provincial Executive, membership in the Manitoba Association of Principals and Vice-Principals, and chair of several committees ranging from curriculum to leadership.
Alex was a strong believer in the continuing development of educators, and in 1988 the St. Vital School Division created the Alex Boyes Award for professional development. The Winnipeg Foundation oversees the Alexander George Boyes Scholarship to promote post-secondary studies for women in the arts and sciences. In addition to his contributions to education, he served his larger community in many roles including as President of the Rotary Club and United Way Winnipeg.
Alex was a charismatic and dynamic leader. A man of vision and wise counsel. A man who listened, who led by example and with depth of caring, sensitivity and kindness. He spearheaded ideas and encouraged innovation. He celebrated the joy of possibility.
In retirement his vision and energy were directed to his passion for carpentry and landscaping projects in the garden he and Zyna created and where they spent endless hours. He loved the peacefulness of nature and delighted in the activity resulting from his unique feeding stations. He never stopped. He will be remembered by past colleagues, friends, neighbours and countless others as a man of warmth, generosity and kindness of heart.
In his retirement years, he carried a card which bore the crest of his Scottish clan Fraser, and its motto "Je suis prest - I am ready", and also a quotation by Abraham Lincoln:


After a lifetime in the profession, he has found a way to make death his last teachable moment by donating his body to the Anatomy Department of his alma mater, the University of Manitoba.
His family's sincere thanks go to all of the following: Dr. Christopher Fotti, Dr. Jasmir Nayak and Dr. Joel Gingerich, the Palliative Care in the Home team, the staff of E3 of Riverview Medical Centre, Patient Transfer Services and to M.A.i.D. Alex has received outstanding medical assistance from all of them during his health battles. He was so fortunate to have been cared for by such outstanding, compassionate professionals.
A Celebration of Life will be held on Saturday, June 18, 2022 between 2:00 p.m. to 4:00 p.m. at the Louis Riel School Division Legacy Centre, 900 St. Mary's Road.
In lieu of flowers, charitable donations may be made to: The Winnipeg Foundation Alexander George Boyes Scholarship Fund or Operation Smile.