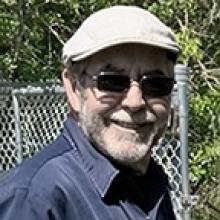 
It is with immense sadness that we announce the sudden passing of Art Cain.
He leaves to mourn his wife Holly, of 35 years, and his two sons, Arthur and Robert. Art was predeceased by his parents, Richard and Jessie, his brother Joe, and his sister Ruth. He is survived by his sisters, Janet (Ernie), Cathy (Clayton), and brother Richard (Shelly).


Condolences may be left on his tribute wall at www.gilbartfuneralhome.com.