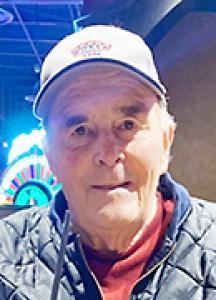 MOORE: Wayne Moore, of Carberry, Manitoba, passed away peacefully at home, on June 1st, 2022, at the age of 84. Wayne was born February 1st, 1938, to Bill and Dorothy Moore. He was raised along with his sisters on their family farm outside of MacGregor. At a young age Wayne decided he wanted to farm with his dad, which included raising and showing Clydesdale horses.
Wayne married Shirley Moffatt on July 22, 1961 and together they raised three children: Warren; children Samantha, Dominik and Yanik; Leone (Kelly); children Reese and Kenzie; and Dari (Dave); children Caitlin and Johnathon. Wayne coached hockey and served on many committees throughout the years. He farmed for most of his life in MacGregor where he had a mix of grain, hay, cattle and Clydesdales. His love for Clydesdale horses was a big part of his life and he enjoyed showing at many shows across Canada and the United States. He also had the opportunity to judge at several major horse shows. He really enjoyed the connections he made and loved to reminisce about show days and trips to the Royal. Wayne also built show wagons and carts with his dad. He donated the last show wagon that he built, and used, to the Manitoba Agricultural Museum. His hope would be that everyone else would get to enjoy it as much as he did. After retirement, he enjoyed his coffee crowd in both MacGregor and then in Carberry after moving in 2015. His grandchildren were the highlight of his days and he took every opportunity he had to attend and cheer them on at their activities. He loved visits and cracking jokes with the kids. A private family service has been planned for a later date. In lieu of flowers, donations can be made to a charity of one's choice.