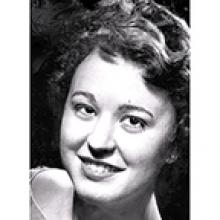 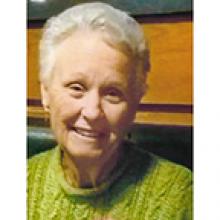 
Maureen passed peacefully on May 27, 2022 after suffering from dementia for the past several years. She was predeceased by her husband of 56 years, Ron in 2020.
Mom grew up in Winnipeg's west end, where she was very active in school sports, dance and volunteering at the Children's Hospital.
Maureen met Ron in 1959 at Home Street Church and married in 1964. They were blessed with three children, Roneen (Brent), Kari (Bruce) and David (Debbie). She loved and adored spending time with her family, especially her eight grandchildren and two great-grandchildren.
Mom taught Kindergarten in the Winnipeg School Division for three years before staying home to raise her family. In 1976, she accepted a Nursery School teacher position at Heritage Community Club where she taught for 12 years before moving to Kirkfield Westwood pre-school, working there until she retired in 1997. She was so pleased to have been able to teach her son and two of her grandchildren.
Many wonderful and happy times were spent at their cottage on Brereton Lake from 1985 to 2007. Mom especially loved when the family would come out on weekends and holidays. In 2007, they purchased a trailer at Spruce Sands RV Resort, spending time there before selling in 2013.
Maureen was an active member of Sturgeon Creek United Church since 1972, where she sang in the choir for over 40 years and was part of the Tone Chimers. She was also a dedicated practitioner of Therapeutic Touch.
In later years, Mom and Dad enjoyed winter holidays and cruising, their favourite being an Alaskan Cruise.
As per her wishes, a small private family service will be held.
In lieu of flowers, donations can be made to the Children's Wish Foundation or the Alzheimer Society of Canada.


Condolences may be sent to
www.wojciksfuneralchapel.com